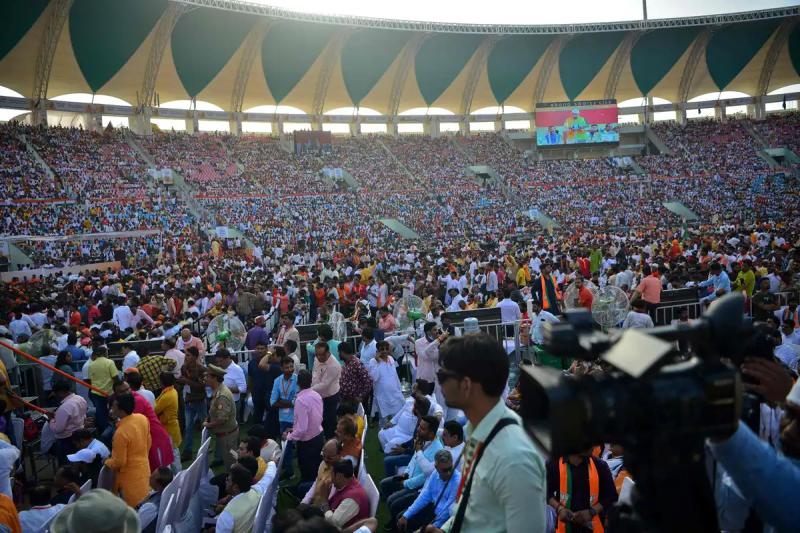 An Indian man was in critical condition on Sunday after voluntarily cutting his tongue to offer it as a sacrifice to a goddess in a Hindu temple, police have learned.

The self-harm of the peasant, a 40-year-old who used a pocket knife, sparked panic among the crowds thronging the temple, located in northern Uttar Pradesh on Saturday .

The peasant and his wife first performed rituals then he took out the knife and cut his tongue before placing it at the door of the temple, a man told AFP. police investigator, Abhilash Tiwari.

“Our police officers stationed in the temple rushed to him and took him to the hospital, with the help of devotees,” Mr. Tiwari added .

According to him, the wife explained to the police that her husband had “sacrificed” his tongue to appease a goddess, but could not give the reason for this act.

Acts of self-harm or even cases of his Human crifices persist in India where a good part of the population retains superstitious beliefs and sometimes indulges in strange actions to appease the deities.

At least two similar incidents have been reported in two Indian states l last year: Two men in their twenties cut off their tongues to offer to the gods.

In 2020, a Hindu priest beheaded a peasant and offered his head as a sacrifice, claiming that a god had given him in a dream the order to do so.