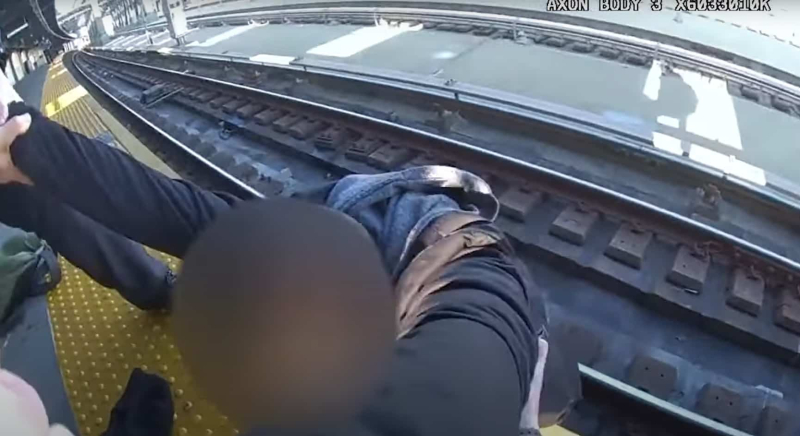 Body camera footage shows an officer and a good Samaritan rushing to pull a man from the subway tracks in Brooklyn.

The New York Police Department (NYPD) said the man was brought to safety “just before the train arrived” with the help of a member of the public.

Officers were alerted of the dangerous situation on Monday, January 9, and rushed to the scene just in time.

It happened on the Smith-9th Street platform around 2:30 p.m., according to the timestamp embedded in the video.

– Based on information from The Independent