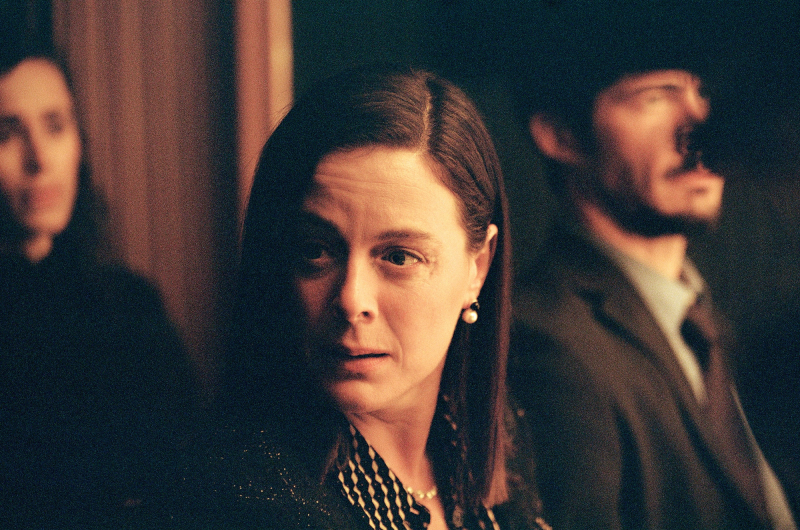 Even though she created the main character of The Night Laurier Gaudreault Woke Up on the boards of the TNM, in the spring of 2019, Julie Le Breton did not necessarily expect to be part of Xavier Dolan's plans for his TV series adapted from the play by Michel Marc Bouchard. So she exploded with joy when the filmmaker called to offer her the role.

“I had never worked with Xavier before, so I would have understood if he told me he was giving the part to an actress like Marion
Cotillard, she says, laughing. It would have made sense to me because I didn't have that connection with him. But when he told me he wanted me to take over the role in his series, I was on the verge of passing away from happiness! one hour, Julie Le Breton slips into the skin of a thanatologist who returns to the village of her childhood to take care of the body of her mother, who has just died. She will have to reconnect with her three brothers (camped by Patrick Hivon, Éric Bruneau and Xavier Dolan), whom she has not seen for several years.

“ The room was a camera that took place in an embalming room, recalls Julie Le Breton. Xavier made the narrative explode by making flashbacks to the characters' pasts. The series features characters full of flaws who hide deep secrets and who have an inability to communicate with each other.

Julie Le Breton says she was delighted by this first collaboration with the director of Mommy. She does not hesitate to describe the shooting of The night Laurier Gaudreault woke up as one of his best professional experiences to date.

“ I had already been told all sorts of things about how Xavier to direct the actors by playing music while he was filming, for example,” she confides.

“I didn't doubt his mastery, but seeing him and André Turpin [his cinematographer] at work, I must say, it was very impressive. It was beautiful to see everyone on set wanting to leave their skin for the project and live up to what Xavier gives us. I felt that the whole team was at the service of a work that is beautiful, rich and abundant, and which is at the height of the large-scale series that I generally like to watch. »