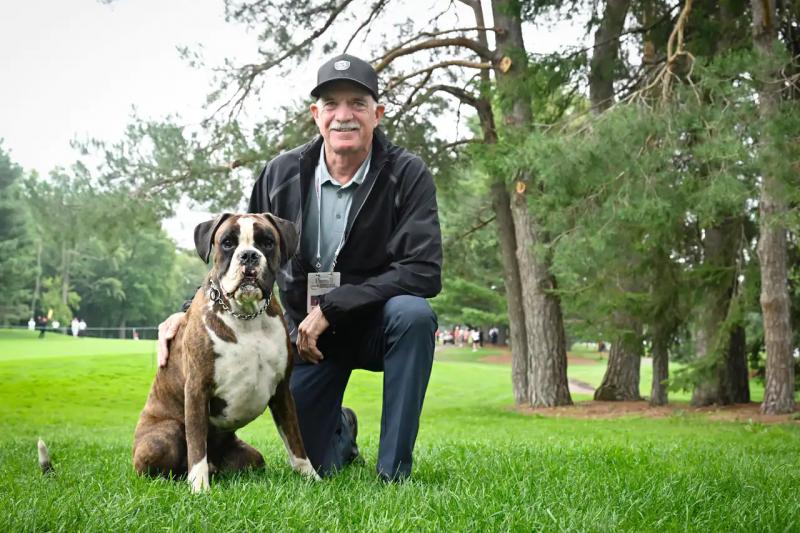 OTTAWA | The Ottawa Hunt Golf Club is in such good shape for the Canadian Women's Open this week because of the miraculous work of the superintendent, members and community. Because three months ago, the place was completely devastated by the powerful storm that swept across eastern Ontario and then Quebec.

The prestigious century-old club, located near the Rideau River, lost 1,100 of its approximately 20,000 trees when winds of more than 150 km/h from the derecho phenomenon swept through the Ottawa valley. The majority of these trees were on the course.

When he saw the devastation on May 21, Superintendent Eric Ruhs, a 37-year veteran in the trade, couldn't believe his eyes. At the Hunt since 1987, he had never seen such an apocalyptic “landscape”.

If he had been told at the time that he could present the Omnium three months later, he would have hesitated to answer.

“Even after several weeks of work, I still had my doubts. In addition to our dedicated maintenance team, we got help from the community, the golf industry, and I have colleagues from across Ontario who came to lend a hand. . This support helped us prepare the course for the Omnium,” Ruhs recounted.

With insured damages of more than $875 million in Ontario and Quebec, this storm was one of the costliest weather disasters in the country's history.

Usually, in the months leading up to a professional championship of the magnitude of the Canadian Open, the preparation task is colossal. That of the last 12 weeks has been titanic.

The private club with around 1,000 members closed for 16 days after the storm hit. A pruning company near Kingston was immediately landed, as those in the Ottawa area were hard at work across the federal capital.

During the first week of work, 15 chainsaws roared from morning till night. Crews first cut down all hanging trunks and branches to prevent accidents. Once they were on the ground, we multiplied the logs.

“Every tree has been checked and rechecked for everyone’s safety. We had a phenomenal amount of logs. Some were valuable, some were not. With the short time we had to prepare the ground, we had to clean up certain areas quickly so that the teams could build the facilities for the Omnium,” said the superintendent.

Logs and mulch by the ton

“The rest of the logs were crushed to make mulch. Anything that could end up in the shredder went through it. One of the heaps was 254 feet long and 28 feet high. And that wasn't even half of what we produced. ”

You have to imagine a mountain of mulch 78 meters long and more than two stories tall.

“The volume of mulch was astronomical,” Ruhs said. , which managed to avoid large financial losses by selling timber. However, it has accumulated a delay of almost a month on the regular maintenance of the course.

For the first few weeks, more than a hundred Hunt members pitched in daily. On weekends, this number often doubled. The club did not want to lose the organization of the National Championship.

But Golf Canada showed no concern and never thought of moving the tournament.

“When I spoke to Eric the night of the storm, he was worried,” tournament director Ryan Paul recalled. We let the teams work on the ground, and we came to see the damage and the work a few weeks later. Several holes, notably the fourth and 17th, had changed due to the lines of pruned trees, but we had no concerns for the game.

“In fact, we perceives no delay in regular maintenance, he added with pleasure. The course is magnificent. He is in excellent condition for a championship. »

As you walk along the paths of the Hunt, you can clearly see the damage created by the powerful derecho of May 21st. But the course is in such good condition that the scars are forgotten.

Hard to believe that the pruning crews finally left the site last week after three months of work.&nbsp ;

But because of the quality of the course, there is no doubt that Eric Ruhs has earned the national tournament plaque presented to him by the Canadian Golf Superintendents Association.< /p>