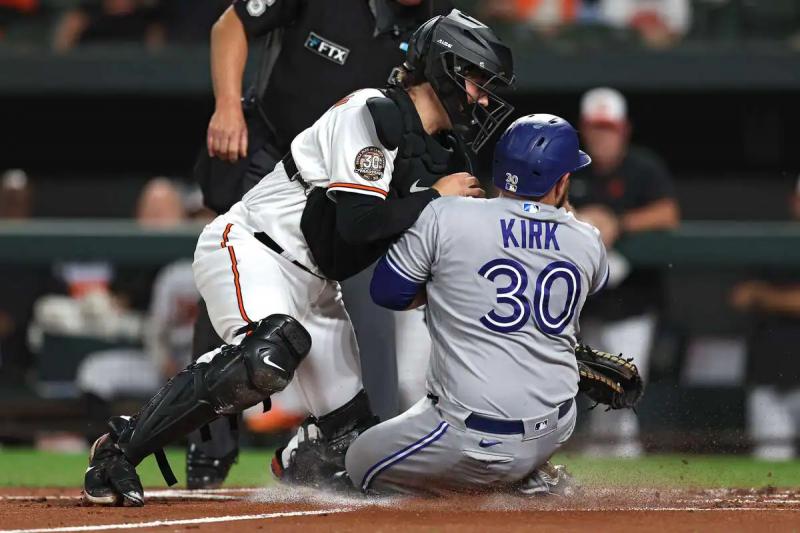 Bo Bichette and Alejandro Kirk tried everything, but the Toronto Blue Jays couldn't take a third straight game from the Orioles on Tuesday at Baltimore and lost 9 at 6.

Both Bichette and Kirk had four hits. The first achieved this feat of arms the day after a performance of three home runs in one game, in the second duel of a doubleheader. He thus produced two of his points. For his part, Kirk drove in a point.

Both benches first emptied, after the Blue Jays' turn at bat, when crowd-favorite pitcher Bryan Baker was spotted gesturing toward the visitors' bench, letting them know they were talking too much for his liking.

Then, late in the seventh inning, Jays manager John Schneider was ejected after expressing his dissatisfaction with calls made by the umpire behind the plate about some pitches.

Finally, in the eighth inning, the Orioles prevailed after challenging a umpire's ruling that declared their runner out in the home plate, due to a new rule preventing the catcher from blocking home plate to the runner. However, Kirk was never in the runner's way, raising several questions about this rule.

The two teams will meet on Wednesday to conclude this series of four duels.