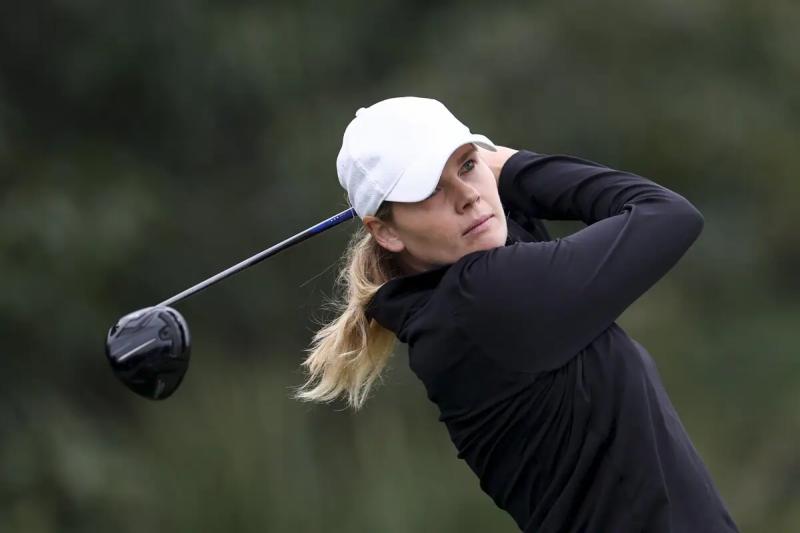 Canadian golfers didn't steal the show on the first day of the Dana Open on Thursday in Sylvania, Ohio.

Quebecer Maude -Aimée Leblanc is the one who did the best among the representatives of the maple leaf. The Sherbrookoise will blame herself, however, since she was unable to take advantage of an inspired nine to go during which she subtracted three shots from par.

A crossing of the desert between the 11th and 13th pennants put it back at par, but Leblanc ended his round on a high note with a birdie on the last hole. Her card of 70 (-1) gives her tied for 37th place.

She thus takes five shots at the head of the peloton, held by the South Korean Hye-Jin Choi, the Chinese Ruoning Yin and the Spaniard Carlota Ciganda. They stood out by hitting the white object 65 times (-6) on Thursday.

For their part, Ontario's Brooke M. Henderson and Maddie Szeryk will have a lot to do if they want to participate in the rounds. weekend and potentially aspire to top honours. They both shot 72 (+1).

Henderson, who started the competition on the back nine, crashed late in the game. She had three bogeys and a double bogey in the last five flags of her round.

Szeryk also finished the day at the ninth flag. She had scored two birdies and as many bogeys after 15 holes, but fell short before concluding the round.

Henderson and Szeryk are tied for 87th place. With the cleaver thrown at 142 strikes (N), they will both need to improve on Friday to avoid packing their bags prematurely.