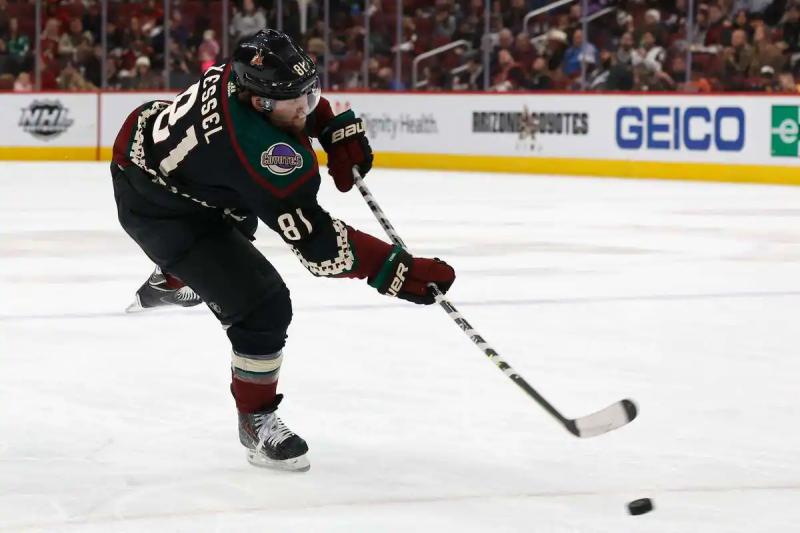 Vegas Golden Knights general manager Kelly McCrimmon is thrilled to land his hands on Wednesday's Phil Kessel, a highly proven player who will help his club next season, according to him.

The day after the 34-year-old hockey player's arrival in Nevada was confirmed, the GM spoke to the media to explain the reasons behind the the granting of a one-year, $1.5 million contract to the man who played the last season with the Arizona Coyotes.

For McCrimmon, such a hiring was a necessity.

“During the past season, we analyzed the possibility of obtaining an experienced striker. According to our way of seeing things, it is a perfect combination. Phil has consistently produced throughout his career. He has a high-level arsenal of skills and everything is unique within our group of forward players,” he explained in a virtual press briefing.

“He is a established veteran in the National League and achieved great success. He won the Stanley Cup twice,” he also recalled.

Back with a suitor

After a very successful stint with the Pittsburgh Penguins, Kessel ended up with the Coyotes, who usually occupy the bottom ranks of the general standings. He had eight goals – his career-low total – and 44 assists for 52 points in 82 games in 2021-22.

“Arizona, they have very good guys, all the players, they are good young people and there are good people. But when you don't necessarily want to win and go further, it becomes difficult for a player, especially when you came from Pittsburgh,” Kessel said in a video conference.

“When you have the chance to playing with a good team that wants to win is always a motivation, he said of the Golden Knights. […] I am very motivated to come here and to help this team claim the top honors. I'm excited and I think I'm going to have a great year.”

In addition, McCrimmon said his team will focus on Laurent Brossoit and Logan Thompson to defend the net early in the regular season. Sidelined for the whole of it, Robin Lehner underwent hip surgery and another surgery will be performed later.

However, Brossoit is also recovering from a similar operation, but his fitness is going well. “However, I cannot tell you if he will be ready in time for the first part,” said the DG.