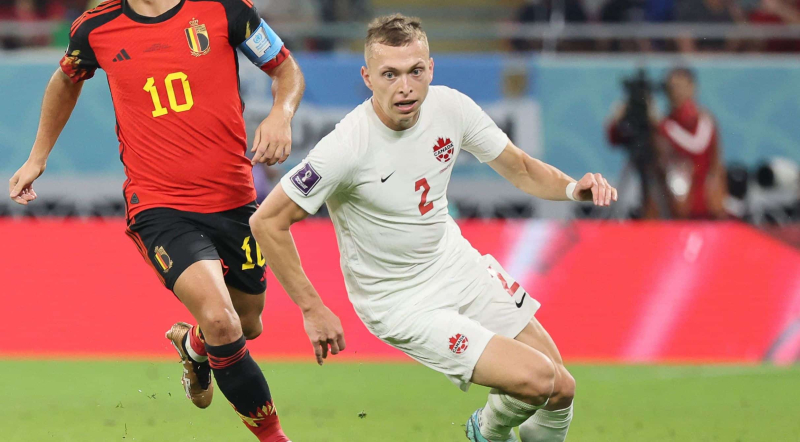 CF Montreal defender Alistair Johnston, who represents Canada at the Soccer World Cup, could well be transferred to Europe after his adventure in Qatar.

According to Major League Soccer (MLS) website journalist Tom Bogert, talks in this direction are well advanced with Celtic of Glasgow, Scotland. The 24-year-old defender also has Irish nationality due to his mother, which means he holds a UK passport.

Johnston played his first season in Montreal in 2022, registering four goals and four assists to his record in MLS. He is still under contract with the Bleu-Blanc-Noir until December 31, 2023, in addition to two optional years.

The British Columbian played 90 minutes of Wednesday's game against the Belgium. He has 31 caps for the national team.

Celtic are comfortably at the top of the Scottish championship ahead of their great rivals, Glasgow Rangers. It is the second most decorated club in the history of the region.