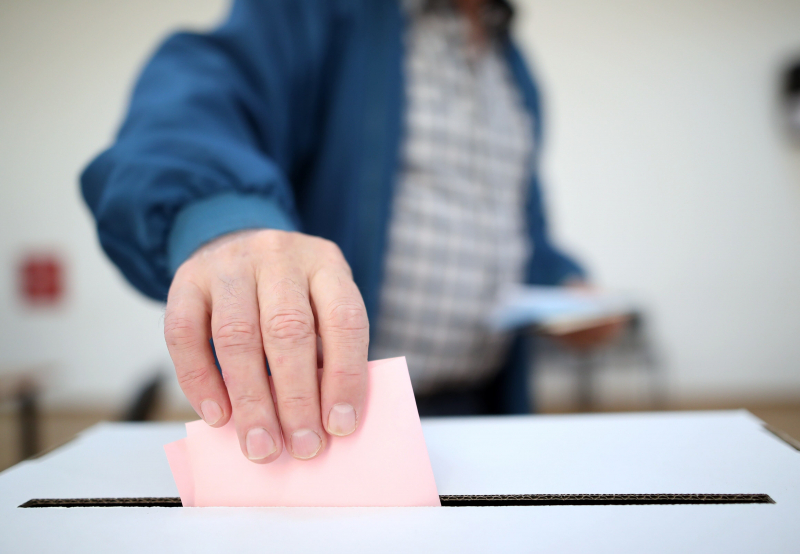 Perhaps it is an effect of the Americanization of the world: the midterm elections being held today in the United States are exciting Western societies.

We are so mentally dominated by the United States that we follow their political life with more passion than our own.

We are so much so that we import their vocabulary, their concepts, and even their problems, even if it means fantasizing about them here if they are not there.

It is true that the 20th century has accustomed us to seeing Americans as the “guardians of democracy”. This was generally true between 1917 and 1989, but it hasn't been so for thirty years.

That said, let's take a dispassionate look at it.

What do we see if not, first and foremost, a divided, fractured country, on the psychological threshold of civil war, where a old man with haggard eyes, on the verge of senility, almost mummified during his lifetime, I am obviously talking about Joe Biden, occupies the White House.

His opponent is a crazy megalomaniac adventurer, almost factious, inhabited by a fantasy of omnipotence, who maintains in the half of the country that follows him an insurrectionary state of mind, I am obviously talking about Donald Trump.

< p>The global context is no better: a leftist totalitarian ideology, the woke ideology, has taken over the universities, the media and the business world. It leads to an anti-democratic revolution.

The other part of the country, marked on the right, judges the political system to be so corrupt that it flirts without saying so openly with a logic of secession, carrying chaos.

We don't really see what could reconcile what will later be called the Disunited States of America.

A new kind of civil war is sweeping through the depths of the country.

But there are plenty of reasons to free ourselves from it, to prevent this decadent empire from dragging us down.