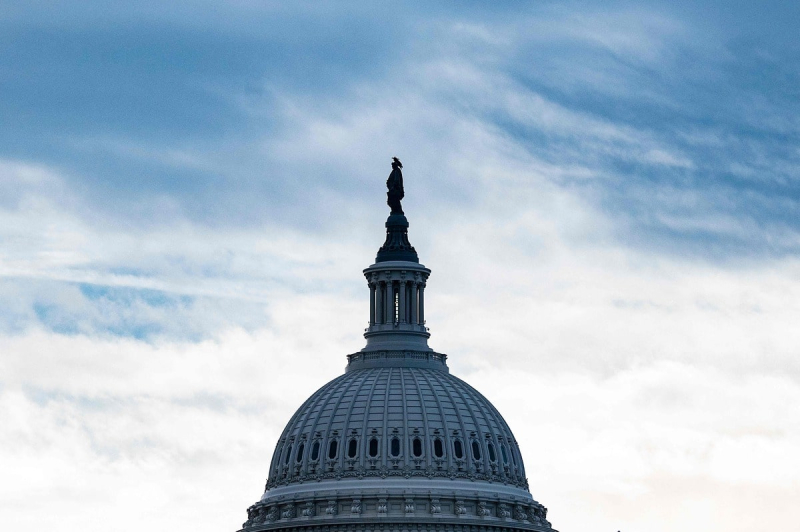 In the aftermath of the Republican takeover of the US House of Representatives, its powerful Democratic Speaker, Nancy Pelosi, is due to announce Thursday whether she intends to retire from a political scene where she has played a predominant role for two decades.

“The president plans to announce her plans for the future tomorrow to her colleagues. To be continued”, tweeted his spokesperson, Drew Hammill, on Wednesday evening, without further details.

The third figure in the American state, this 82-year-old woman is known for her role as the first opponent to Donald Trump, whom she fought fiercely when he occupied the White House.

A tactician gifted with an unparalleled political flair, she often made rain or shine on Capitol Hill where she was elected “speaker” in 2007, being the first woman to occupy the perch of the lower house.< /p>

In recent months, it has been her commitment to Taiwan that has caused a lot of talk : his visit to the island claimed by the Chinese authorities, this summer, had angered Beijing.

At the end of October, her husband was attacked in the middle of the night at their home in California by a man armed with a hammer. He was actually looking for Nancy Pelosi, whom he accused of lying and to whom he intended to “break the kneecaps”.

The drama marked the Democrat, who said she was “traumatized”.

Just before the November 8 election, she told CNN that the attack would influence her decision whether or not to retire if the Democrats lost their majority in the House of Commons. representatives.

This is what happened on Wednesday evening, at the end of a week of a suspense recount as the complex American electoral system knows how to create.

In the end, the Republicans seized a majority of at least 218 seats which, although very short, will give them blocking power over Joe Biden's policy until 2024.

The Congress finds itself divided, as the Democrats have managed to retain control of the Senate.

Even with a slim majority in the House, Republicans will have substantial inspection power, which they have promised to use for a host of investigations into Joe Biden's handling of the pandemic or the withdrawal of Afghanistan.

They wasted no time in implementing it.

Thursday morning, the conservatives of the lower house announced their intention to investigate on the “national security” risks posed by Joe Biden’s family’s overseas business dealings.

It's no surprise: they had pledged to investigate his son Hunter, accused of using his name to do business in Ukraine and China.

And in this new configuration, the party of the Democratic president will no longer be able to vote on major projects. But neither did the other side.

The Republicans had threatened to unravel certain measures adopted under Joe Biden if they regained control of both chambers. In particular, they wanted to reconsider the funds allocated to the tax services to hire new agents, or certain reforms in the world of education.

The right could also be more cautious about the aid provided by Washington to Ukraine. She had also planned to attack the right to abortion or to legislate on firearms, which would have pushed Joe Biden to use his right of veto.

The 79-year-old president will not finally be forced to camp on this defensive posture. And will on the contrary have to use his negotiating skills, inherited from his long career as a senator, to avoid a paralysis of the federal administration (the famous “shutdown”).

But the conservative party intends to exploit any potential Democratic flaw, keeping the 2024 presidential election in sight.

The Conservative Party intends to exploit any potential Democratic flaw, keeping the 2024 presidential election in sight. With its declaration of candidacy On Tuesday, Donald Trump launched a merciless fight for the Republican Party's nomination for the White House election.