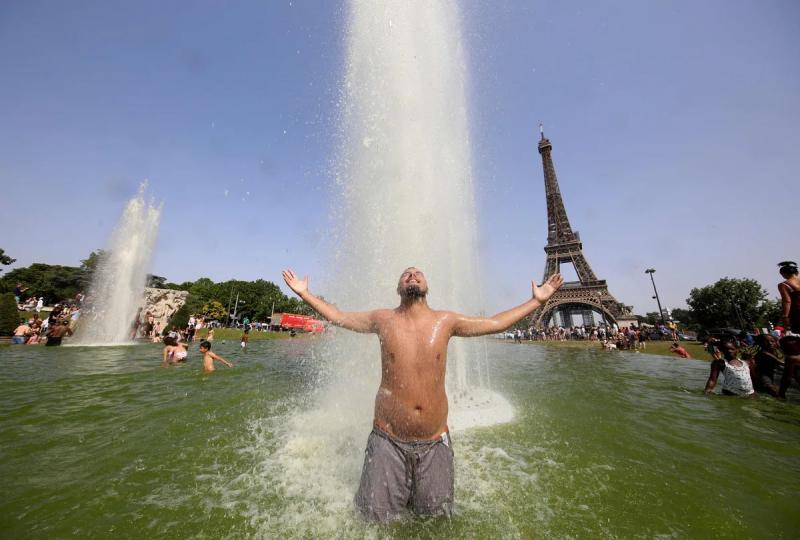 MADRID | Less than a month after the previous heat wave, the mercury was already rising to exceptionally high levels on Monday in the Iberian Peninsula, where the thermometer exceeded 42 degrees, and in the south of France.

The multiplication of these phenomena is a direct consequence of global warming, explain the scientists, the emissions of greenhouse gases increasing at the same time their intensity, their duration and their frequency.

< p>In Spain, a maximum of 43.3 degrees was recorded in Candeleda at 6:10 p.m., according to the Spanish meteorological agency (Aemet). The 42 degrees were reached in other southern or central cities such as Seville and Badajoz.

This new heat wave, the second in a month after that of mid-June, is “all exceptional” in a country that is accustomed to high temperatures in summer, said Monday Rubén del Campo, the spokesperson for Aemet.

It started on Sunday and could “last nine or ten days, which would make it one of the three longest heat waves Spain has experienced since 1975,” he told AFP.

“Climate change causes more frequent heat waves and makes them more intense,” continued Mr. del Campo, recalling that the number of such episodes has doubled in the last twelve years in his country.

The worst is to come between Tuesday and Thursday, according to Aemet, which is however unable to say whether the absolute temperature record recorded in Spain (47.4 degrees in Montoro, near Cordoba, in August 2021), could be beaten.

Including the current heat wave, Spain has gone through five episodes of exceptionally high temperatures over the past eleven months. The month of May had notably been the hottest there since the beginning of the century.

In addition to the heat, Spain has suffered from a cruel lack of precipitation since this winter. As a result, the level of water reservoirs was Monday at 45.3% of their total capacity, against an average of 65.7% over this period for the past ten years, the authorities point out.

In neighboring Portugal, the thermometer soared to 44 degrees in some areas over the weekend. And if the temperatures fell slightly on Monday, 42 degrees were however expected in the Evora region (southeast), according to the national weather agency, which forecasts a new rebound on Tuesday and Wednesday.

This heat wave has fanned several fires in the center of this country in recent days.

The largest outbreak, which broke out on Thursday in the town of Ourém, was circumscribed on Monday after ravaging approximately 2,000 hectares of vegetation and mobilizing some 600 firefighters.

But the situation remains “serious and exceptional”, warned the National Civil Protection Commander, André Fernandes, while Prime Minister Antonio Costa warned of a “maximum risk” in the coming days. “The slightest inattention can cause a fire of massive proportions,” he said.

This heat wave also moved into France on Monday from the southwestern regions, Météo-France said on Monday. Temperatures exceeded 30°C over much of France and could reach 39°C locally on Tuesday.

This episode is likely to peak “between Saturday and Tuesday” July 19th, specified Sébastien Léas, of Météo-France, while noting that it was too early to evoke a phenomenon which could become comparable to the deadly heat wave of the summer of 2003.

In the United Kingdom, where the temperatures were expected to reach 33 degrees Monday and Tuesday in the southwest, the national weather service for its part issued an orange alert on Monday before a wave of “extreme heat” from Sunday with temperatures that could exceed 35 degrees.< /p>