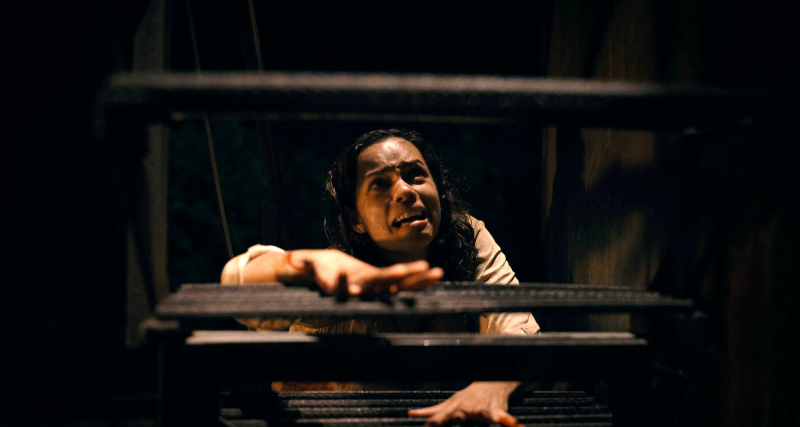 Brutal, depraved and ruthless, the film Barbarian could hardly have lived up to its name.< /p>

We thought we had seen it all. That these thousands of horror films that we have been gorging ourselves on since our childhood had made us explore the darkest and most remote corners of the seventh art. That these years had taught us to anticipate every detour and surprise usually well hidden in the bags of horror filmmakers.

We were wrong. Barbarian proved it to us.

Because it's been a long time since we've seen such a twisted, surprising and uncompromising horror film. Hats off, therefore, to the filmmaker Zach Cregger who signs here his first foray into the world of horror. It's a safe bet that his Barbarian will soon be elevated to the rank of contemporary classics.

Its premise? A young woman arrives in the middle of the night at a house rented through Airbnb. But once there, she discovers that a man is already comfortably installed there, having also reserved the same residence via a different service. Agreeing – at first against her will – to wait for dawn in the company of this stranger, she will discover that a secret buried in the basement of said house harbors even greater dangers than this chance encounter.

Impossible for us to go further in this synopsis without disclosing the many twists and turns that make the success of Barbarian. We also strongly advise not to learn too much about this film before setting foot in dark rooms, just to maximize the pleasure aroused by the work of Zach Creggs.

No doubt possible, the filmmaker risks seducing the most seasoned fans with his tenacity and his gift for creating moments of sustained discomfort and frankly, at the limits of the sustainable.

We therefore forgive him for his last act grand-guignolesque during which Zach Cregger succumbs to temptation and pours into excess and excess, thus losing a good dose of its effectiveness. Because the landing may be chaotic, the trip will have been deliciously turbulent. And that's what matters most, right?