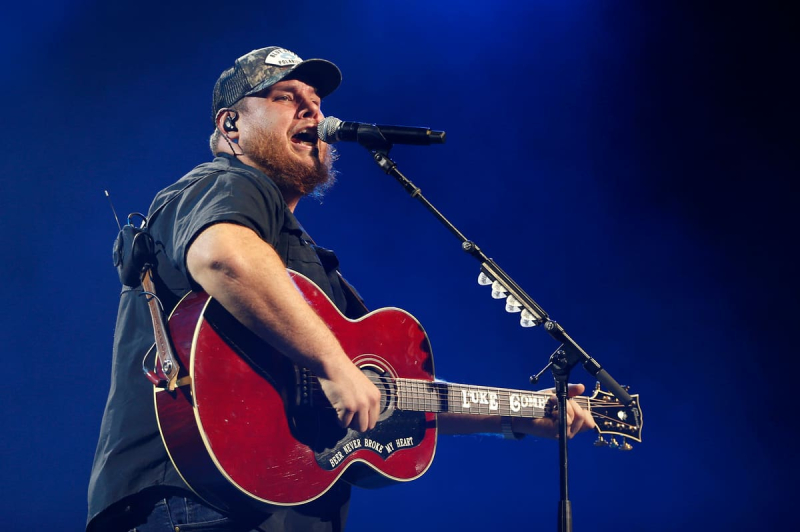 Nine months after Growin' Up, Luke Combs will release 18 new songs on a new album which will be available on March 24th.

The 32-year-old new-country singer-guitarist, obviously very inspired, revealed the news on Wednesday evening on his various social networks. This untitled opus will be his fourth studio album.

On a short message published on his Facebook page, we found the words: New album. 18 songs. March 24. He also clarified, under this publication, that these were 18 new songs never recorded.

Proclaimed artist of the year by the Country Music Association, Luke Combs had posted, in recent months, short extracts of new songs with the titles Tatoo on a Sunburn and Growin 'Up and Getttin' Old.

Five days ago, he indicated that he was writing new songs and asked his fans what they would like to hear.

The day after the launch of this new opus, Luke Combs launches a world tour that will stretch over several months.

It will begin on March 25 at the home of the Dallas Cowboys in Arlington, Texas and end on October 20 at the O2 Arena in London.

It will stop in Australia in the month August and in Europe in September and October. The only confirmed dates for Canada are May 27, 2023 at BC Place Stadium in Vancouver and June 3 at Commonwealth Stadium in Edmonton.

Luke Combs drew a huge crowd, estimated at 70,000, the last summer, on the Plains of Abraham, during the Summer Festival. He also filled the Videotron Center and the Bell Center last November.

Growin' Up, his latest album, is nominated for the Grammy for Country Album of the Year. The awards ceremony will take place on February 5 at the Crypto.com Amphitheater in Los Angeles.