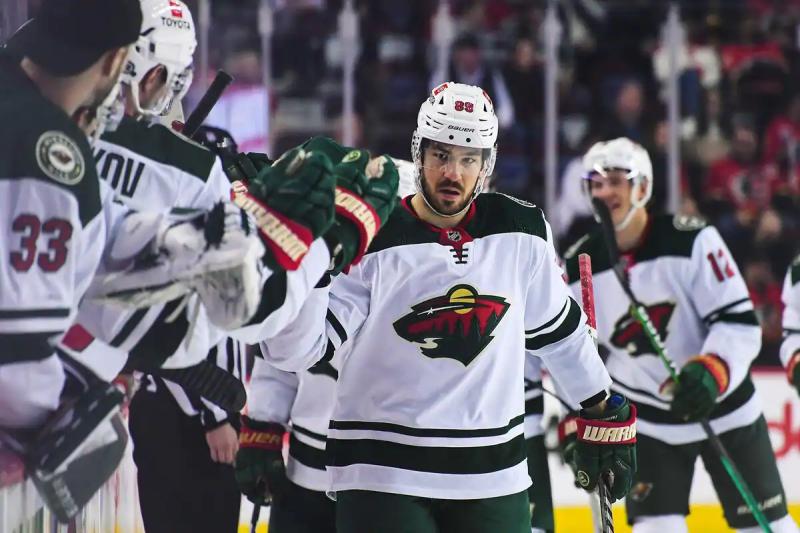 With the departure of Kevin Fiala this summer, Quebecer Frédérick Gaudreau has lost his linemate with the Minnesota Wild. Whatever the case, he intends to continue his momentum.

Last season was the first full season in the National Hockey League (NHL) for Gaudreau, who is currently 29 years old. His 14 goals and 44 points in 76 games is by far his career best.

While it's impossible to know which lines head coach Dean Evason will put on the ice for the regular season opener, Gaudreau has been training with Matt Boldy and Sam Steel since the start of camp. Boldy was already skating with Gaudreau last year, but Steel is a newcomer.

“This trio looks really good, launched Evason, Saturday, in a press conference. But it's three days of training camp, so it's not like we're judging anything.”

Steel was the 30th selection in the 2016 NHL Draft. He was, however, never able to collect more than 22 points in a campaign despite his talent. Gaudreau, who needed seven seasons to establish himself on the circuit, will certainly represent a reassuring presence for the 24-year-old forward.

The athlete from Bromont, however, refuses to project himself too far ahead. He wants to take advantage of every moment to properly prepare for the upcoming campaign. He admits despite everything that a certain chemistry has already formed with Boldy and Steel.

“Yeah, it’s been good so far,” he said. It's good to find your new line mates early. Good to be back with everyone. We're just lucky to be playing hockey, honestly.”

“The season is coming quickly, so you have to take the opportunity to chase the rust away. We can train as much as we want, but it's important to play games and find the rhythm.”