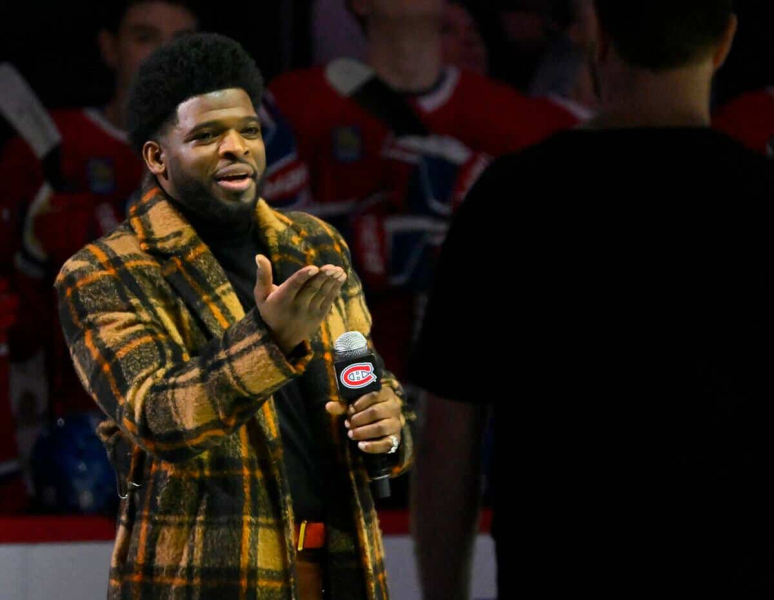 Even after leaving Montreal, P.K. Subban still expressed great affection for Jean Béliveau's wife, Élise. A few days after his grand return to the Quebec metropolis, the flamboyant ex-defender was treated to a privileged moment with his great friend.

“I know that she didn't could not be present for this ceremony, but I think very much of her, “said Subban about Ms. Béliveau, last Thursday, during the tribute reserved for her on the sidelines of the duel between the Canadiens and the Nashville Predators. .

A few days later, the new retiree received gifts from the wife of the late legendary CH number 4: a canvas of Subban in action in the Habs uniform, and a portrait of Jean Béliveau.

In an Instagram post, we can notably see Subban and Mrs. Béliveau taking a “shooter” and embracing.