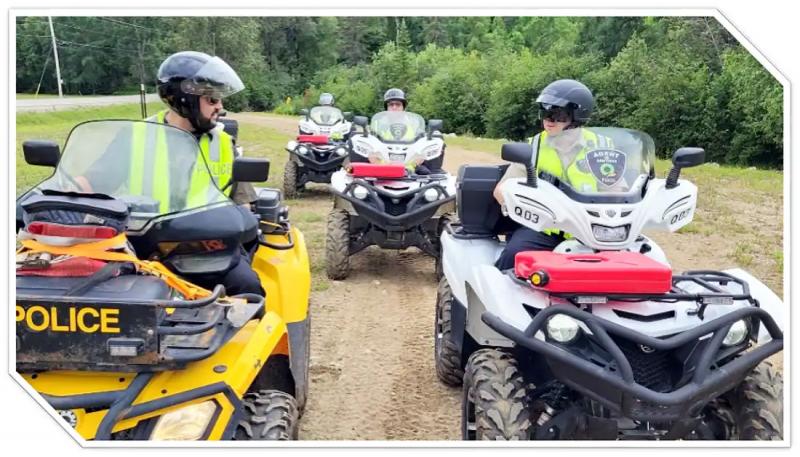 The summer quad season will end in a few days for several clubs in Quebec. According to the report drawn up by Marc-Olivier Bilodeau, provincial safety supervisor of the Quebec Federation of Quad Clubs, it was normal

“We can say that we have a good record this season, if I refer to the visits that have been made to the field, explains the expert. I make this assertion relying on the reports of the provincial agents who have visited half of the clubs of the Federation. We cover the territory of clubs that do not have the capacity to provide security in their clubs. We are talking here about fifty clubs. We visited 95% of these clubs. Due to the distance constraint, we do not often go to the Magdalen Islands or Fermont. We will resume next year. We managed to do one or two outings per club.

For offences, there are no major changes in the habits of offenders.

“The type of offenses that we see on patrol are is the lack of mandatory equipment on vehicles and the non-wearing of protective helmets. We are in 2022 and we must again and again remind amateurs of the importance of wearing a helmet. »

The team of patrol officers issued as many infractions as last year.

“For example, in the Saguenay–Lac-Saint-Jean region, in one weekend, we We made 105 interceptions which led to 46 warnings, 13 constants of infraction, which were submitted to the police, and four expulsions. In this case, we can speak of the use of a prohibited vehicle on the trails such as a motocross or a person who does not have a right of access. I can also give the example of the Lanaudière region.

“ATV riders should always remember that when they see us on the trail, we are not there to annoy or punish them. We are there to protect them from people who break the law. Our approach to people is more recreational than punitive. »

The offenders pretty much always sing the same song.

“These people ride quads for free on the backs of members and volunteers who work to maintain the trails. When intercepting, they always say pretty much the same thing. They explain that they are just doing a short stretch of the trail and that is why they do not take their membership card. Others start complaining that the trails are poorly maintained and that for this reason, it is not worth taking your right of access. Fortunately, it is a minority. We meet very correct quad riders, who respect the rules. »

When you take the trail, you must have all the required paperwork, driver's license and more. The license plate must be affixed to the vehicle and the right of access must be stuck on the vehicle and not in the glove compartment.

“Each week, we receive a report from the FQCQ which mentions that there are one or two serious or fatal accidents. I find that appalling. People must be aware that they have in their hands a very useful vehicle for having fun, but which can also be dangerous, if the rules of conduct are not respected. Manufacturers are making more and more powerful vehicles, which require driving knowledge.

“I know that the driving course is not compulsory for quad riders, except for the youngest, but I advise amateurs to follow it. They will learn a lot. It is forbidden to modify the exhaust of a vehicle. Excessive noise is a nuisance that can lead to loss of rights of way. »

We are entering the fall season. The hunt is about to begin. Several trails will be closed, including those that cross wildlife reserves.