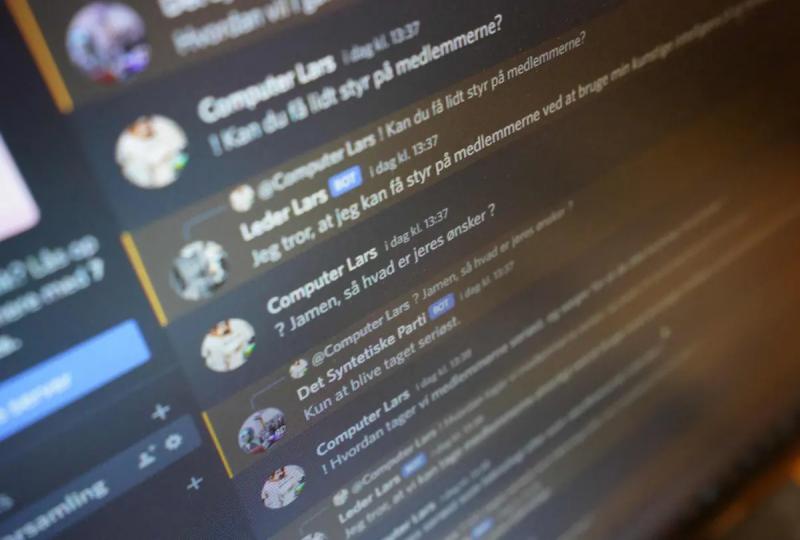 Denmark now has a party driven entirely by artificial intelligence (AI) among its political parties, which intends to stand in the next parliamentary elections in June 2023.

Launched at the end of May by the Danish artist collective Computer Lars, the Synthetic Party, which does not yet have enough signatures to participate in the elections, is intended as a response to Danish abstentionism, around 15% in the last legislative elections.< /p>

By synthesizing the written publications of all the fringe parties in the country since 1970, the party's artificial intelligence proposes a political program that represents “the political visions of an ordinary person”, asker Bryld Staunaes, an artist member, told AFP. of the collective.

The artificial intelligence of the “anti-politics” party aims to “optimize the voting system in Denmark”, he says.

The party is also a nod to the hundreds of fringe parties in the country, some of which are more of a joke or a critique of society than a conventional party.

“It's a way of imitating and simulating the political process from start to finish, but in a direct confrontation of the legislative apparatus,” says Asker Bryld Staunaes.

Denmark currently has 230 microparties , including the Synthetic Party, which do not yet have the 20,182 signatures necessary to stand in the legislative elections. The Synthetic Party has so far collected 4, according to the official count.

It is therefore difficult to know whether the political formation, the latest project of the artistic collective, will be represented in parliament.

If he wins a seat in the elections, the party has planned to appoint a representative responsible for making the link between artificial intelligence and the political debates in the hemicycle.

With his party, Computer Lars wants bring to parliament the subject of algorithms, which he considers very powerful, but absent from politics.

“The idea of ​​this party is to take this huge political and economic force,” says Asker Bryld Staunaes, “to try to fit it into the mainstream political system.”

“We don't we have no way to really address humans and AI in a democratic framework” to date, he says.

Formulated by artificial intelligence, the party's policy proposals include the establishment of a very high universal basic income, amounting to 100,000 crowns per month (about 13,400 euros), more than double the average salary in Denmark, and the addition of an 18th United Nations sustainable development goal which would allow “human beings and algorithms to coexist more directly than currently,” says Asker Bryld Staunaes.

The Synthetic Party, whose members currently include Computer Lars artists and their technical collaborators, provides the opportunity users to interact directly with its artificial intelligence official on Discord, via chatbots.

He will hold his first election meeting “for a human audience” in September, he announced