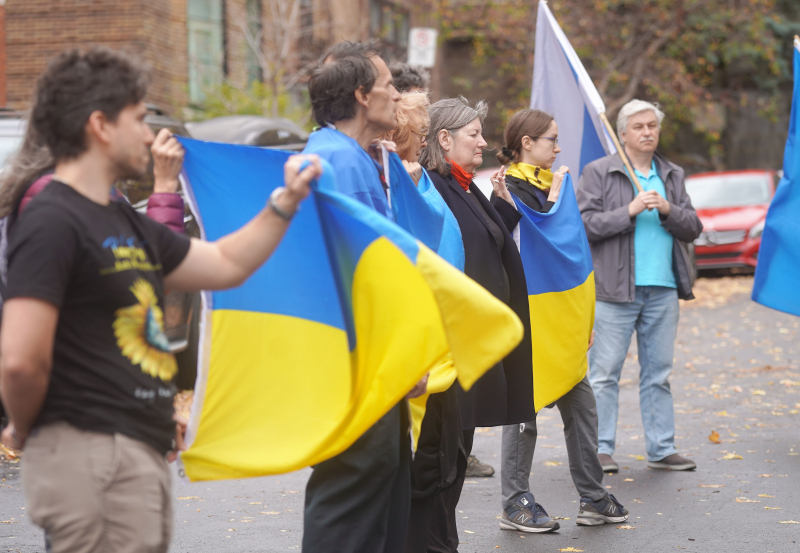 Several Russians from Montreal gathered in front of the Russian Consulate on Sunday to publicly show their support for the Ukrainians and protest against the war initiated by Putin, despite fears of reprisals for their families who remained in their country of origin .

“Beyond the support for Ukraine, I think it is very important to mobilize against the war and against Putin, for all those who cannot do it in Russia,” says Russian activist Olga Babina. 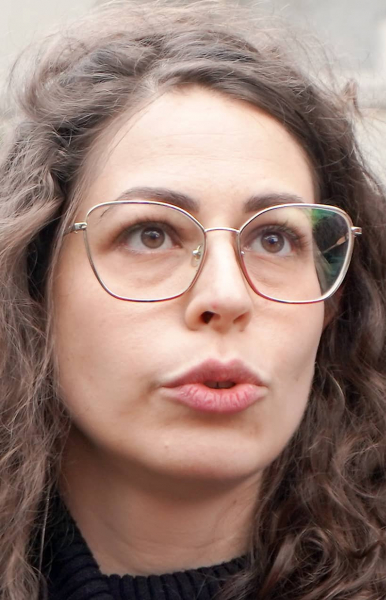 At the initiative of the Russian Canadian Democratic Alliance (RCDA), dozens of people gathered on Sunday in front of the Consulate General of the Federation of Russia, to commemorate the victims of the war.

Several portraits of Ukrainian victims were plastered at the entrance to the consular building, and members of the Russian community almost all sported the Ukrainian flag on their shoulders.

“In Russia it is much more difficult to demonstrate against the war, we must do it for them, says Vladimir Pimonov, who arrived from Russia last January to study. The protest against the regime exists, it was very visible at the beginning of the war. But the repression ended up silencing the opponents. »

OVD-Info, an independent Russian organization, lists 19,335 anti-Putin activists imprisoned in Russia since the start of the invasion on February 24.

Risky, even from a distance

The organizers, however, admitted their disappointment at not having succeeded in bringing together more people.

“Even if we are free to demonstrate in Canada, it is still very risky for the Russians to participate in such events, says Olga Babina. It is not an unfounded fear, there are real reprisals for our families who remained there, who can be imprisoned. My parents are taken hostage in Russia. »

« Remaining silent solves nothing, believes for his part Vladimir Pimonov. Putin has been in power for 22 years, and silence has led to war. »