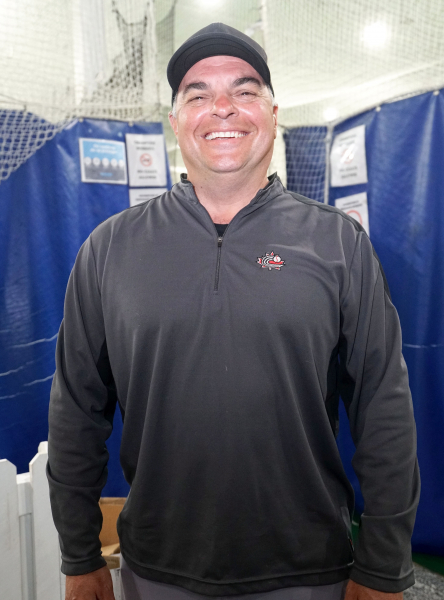 Not without some excitement, Alex Agostino will leave his home on the South Shore of Montreal by car on Saturday. Destination: Philadelphia, where the Phillies meet in the World Series.

“Those who work in the offices have been invited for the first two games in Houston, but for the baseball operations employees, we have two tickets per game for possibly Games 3, 4 and 5 in Philadelphia,” said Agostino. , who was promoted to a scouting supervisor role with the Phillies in 2019.

The 57-year-old Quebecer may have been around the world of professional baseball for decades, but he doesn't never get used to the frenzy surrounding a World Series. For him, as for the other members of staff, this is a great opportunity to reap the fruits of the good work done.

“Whether you're a player, a coach, a scout or even the nutritionist, when you're with a professional club, what you want the most is to have an impact and to win,” summarizes Agostino .

The Phillies wanted to immortalize their National League championship on October 22nd.

World Series champion for the first time when he was a scout with the Florida Marlins in 2003, Agostino was also employed part-time with the Phillies during the 2008 conquest. had returned to the World Series, as had Agostino. Memorable trips every time.

“You might think that an experience like this can happen often in a career, but the last time for me was 13 years ago,” says Agostino. We lost the World Series to the [New York] Yankees that time, but it was still one of the greatest experiences of my life.

In 2009 , I went there with my father, specifies the Quebecer. It was big for him. It was a way of thanking him, because he is probably the person who believed in me the most. of lung cancer. But the precious memories remain.

This time, Agostino will share part of the next week with his wife Danielle in Philadelphia. Their daughter Claudia, currently on her honeymoon, should be able to join them for Game 4 of the World Series on Tuesday.

“ I expect a supercharged, electric crowd at Citizens Bank Park, adds the Quebecer. Supporters in Philadelphia are tough at times, but they're invested. One thing is certain, they are going to be tougher against the Astros than against their own team. »

And a prediction before the start of the Grand Final?

“Of course I believe in our chances, slice Agostino, about the Phillies. You have to admit that the Astros have a very good team, but what I like about the matchup is that both teams will have benefited from a few days of rest. Some would say the Phillies narrowly qualified for the playoffs, but during the month of October we were the best team in the National. »

With Halloween coming up, many Phillies fans would no doubt be ready to don the costume of the Phillie Phanatic mascot in order to attend, at a lower cost, a game of the World Series.

The fever surrounding the Major League Baseball Grand Final inevitably affects ticket prices. On resale sites, a seat to see a match in Philadelphia, between October 31 and November 2, is more expensive, for the moment, than a similar seat for the start of the final. in Houston.

On Wednesday night, an excellent ticket behind the plate sold for between $2,500 and $3,500 CAD for the first game of the final scheduled for Friday, at Minute Maid Park. The cost could go up to $4,500 to attend, from an identical section, the third meeting to be held Monday in Philadelphia. The cheapest tickets, on the popular StubHub site, were around $700 in Houston, compared to $850 in the city of brotherly love.

Patience is probably in order among Phillies fans. Prices generally tend to decrease as an event approaches. Citizens Bank Park also has a minimum capacity of 42,792 spectators. In Houston, the stadium hosts slightly less (41,168).

In the Phillies' most recent home game last Sunday, 45,485 people were able to attend the elimination of the Padres of San Diego after Game 5 of the National League Championship Series. They were 41,700 at Minute Maid Park when the Astros last met in front of their fans, October 20, against the New York Yankees.