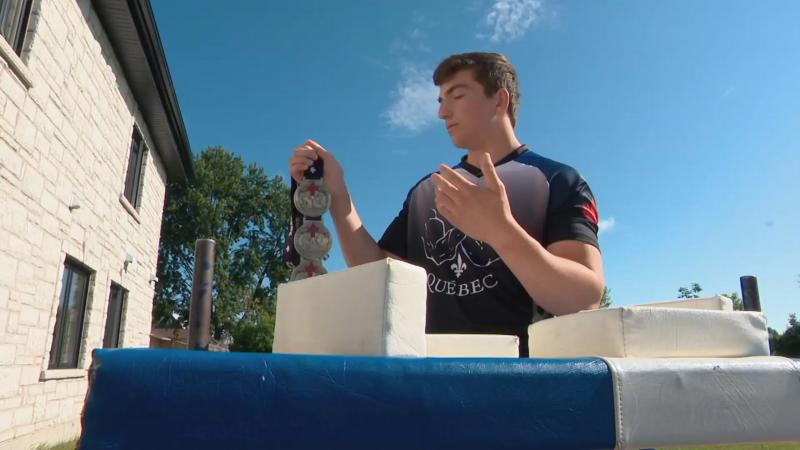 A young athlete from Mauricie won four gold medals at a national championship in Winnipeg, becoming Canadian champion in his discipline.

Mathieu Tessier, who has only been serious about arm wrestling for eight months, took full honors at the national championships in Winnipeg, where he won four gold medals in total, including two for the 100 kilos and two for the 100 kg or more. For each category, he left with the gold medals for the left arm and the right arm.

His passion for this discipline developed in high school, in his hometown of Saint-Stanislas, where he spent his breaks challenging his friends on table corners. Since he almost always won, he decided to join the Trois-Rivières Arm Wrestling Club.

“From day one, we noticed his potential,” revealed the club's co-founder, Alexis Matteau.

Noting the teenager's natural talent for arm wrestling, his playing colleagues pushed him to surpass himself, quickly becoming his coaches. “At the beginning, it is always difficult. Mathieu did hour-long workouts, but quickly moved on to long, difficult three-hour workouts,” explained Simon Giguère, co-founder of the Arm Wrestling Club and Mathieu’s coach.

According to his comrades, his performance has only improved during his time at the club.

For the young athlete, the next challenge will be to participate in the world championship in Turkey, which will take place next October. Until then, Mathieu Tessier intends to prepare well.