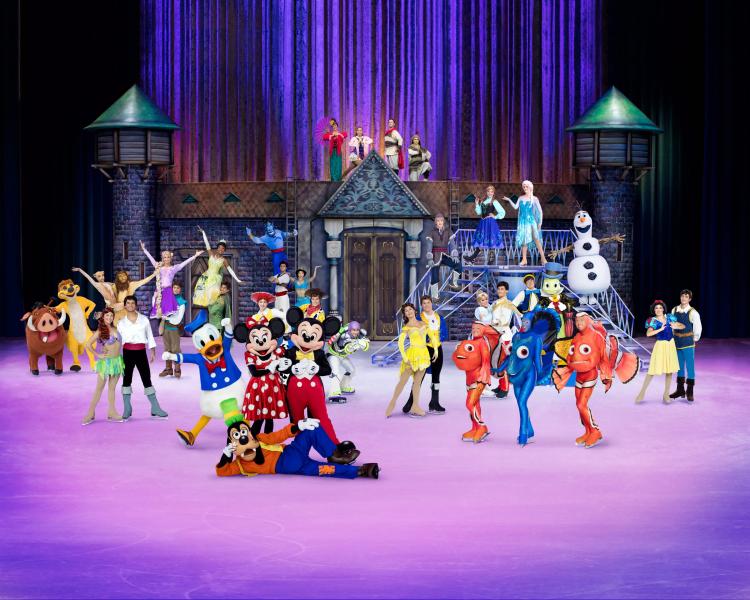 The troop of 53 skaters from the show Disney on Ice: Let's Celebrate will be in action at Place Bell this evening and until Monday. Among the artists, who come from ten different countries, there is only one Quebecer: Olivier Poupart. The skater must respect a demanding schedule to maintain his energy throughout the season, which can include up to 300 shows.

It was in September 2019 that Olivier Poupart joined the ranks of Disney on Ice. Until then, the Quebecer had made his mark in competitive figure skating. “I did pretty much everything at the provincial and national level,” he said in an interview with Le Journal.

Quickly, he realized how exemplary the working conditions within this company were. “We are treated very well,” he said. We are the best skate show company. My job is to make people happy. It allows me to travel around the world.”

In the show Célébronscoming to Quebec, Olivier Poupart portrays several characters in sometimes cumbersome costumes. He admits to having taken a few years to be comfortable with his movements.

Disney on Ice: Let's Celebrate aims to celebrate both Disney history and 40 years of Disney on Ice. In the show, 14 classic stories can be seen, including Frozen, Finding Dory, Aladdin and Beauty and the Beast.

“The show shows Goofy and Donald looking to make a movie, but they have [no] idea how to do it,” says Olivier. Mickey will get them to go see lots of other stories to give themselves ideas.”

In addition to the 53 skaters were part of Celebrate, 18 technicians work at the show. Counting other people from the management as well as merchandise sellers, Olivier Poupart calculates that there are more than 80 people who walk from one city to another with this show.

Troop members typically spend a week in a city before packing up. They often do two performances in the same day, sometimes three! A typical Disney on Ice season can have up to 300 shows.

23-year-old Olivier Poupart would like to skate with Disney on Ice “another five, six or seven years. Afterwards, the ambitious skater is aiming for a position in the management of the company. “We have interesting opportunities for advancement when our skating career ends, like being a tour director or performance director.”