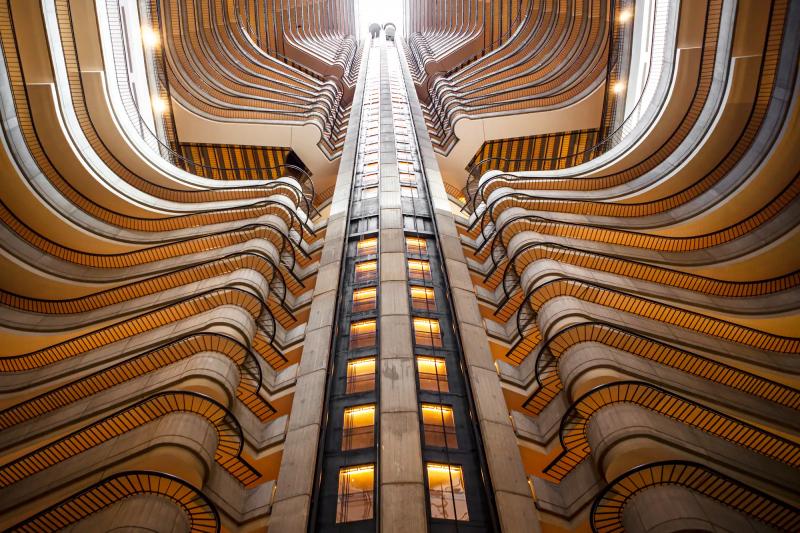 During a trip, accommodation also counts in the experience and can lead to unusual discoveries. From 2010 to 2015, I did a photo essay on North American cities for National Geographic, exploring different aspects of urbanity. Unearthing small visual treasures in the four corners of North American cities was my main objective. Most commonly, “skylines” remained in the spotlight. These views were often enhanced at dusk or early morning. Obviously, there was also the photographic quest for the best viewpoints in historic or tourist districts.

However, after a few hundred destinations, plane flights, and hotels, the representativeness of my project had a weakness. I was missing urban interiors. From then on, I devoted myself to hunting for these architectural perspectives. Among my weirdest finds, the Marriott Marquis in Atlanta tops the list. Although this building seems innocuous at first glance, when you enter it and look up, you are left speechless. A vision out of science fiction is offered to us. In fact, several films were filmed there. We sometimes have the impression of being in the center of a giant rib cage! At the time of its construction in 1985, this indoor atrium ranked the tallest in the world at 143 m (470 ft) high. It has since been dethroned by the Burj Al Arab in Dubai.