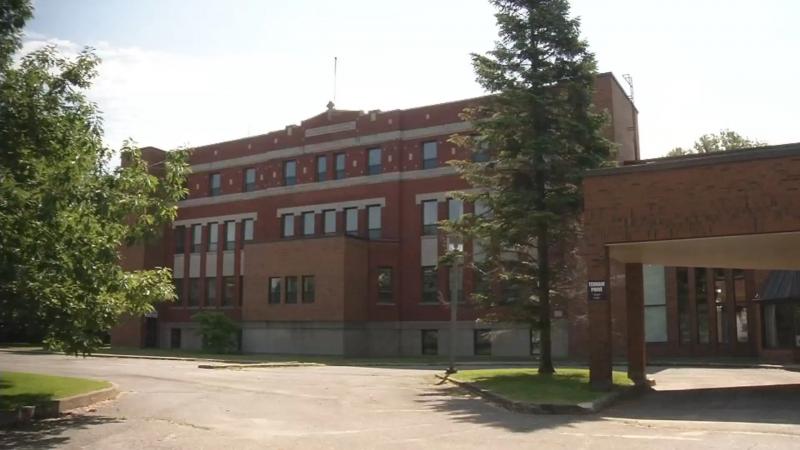 Fifteen residents of Trois-Rivières showed their dissatisfaction on Monday evening during an information session concerning the demolition of the former boarding school of the Daughters of Jesus to build an apartment building there of eleven floors.

The neighbors of the project, proposed by Olymbec, fear losing their peace and privacy. “It's sad. We haven't slept much since the announcement of the project. It's still eleven stories and the project would include 300 parking lots, according to what we were told. So there will be a lot of traffic,” said Robert Tellier, a resident of the area.

The apartment building will include 177 housing units, according to Olymbec's forecasts. Residents have mentioned feeling powerless in the face of this project, which will likely change their daily lives. “It feels like it's a foregone conclusion. We hope they will at least put a green zone to mute the sound and protect our privacy,” revealed a neighbor who preferred to remain anonymous.

While several residents are concerned about the repercussions on the tranquility of the neighborhood, others think it could contribute to renewing the sector.

“We learned about the final project recently, but it's been a while since we expected something to happen. This is a development that will bring a lot of movement. Even if our tranquility will be affected, it will move the sector. I still agree with this project,” explains Donald Thibault, another resident of the area.

In his project presented to the citizens, the promoter plans to demolish the building, but would preserve the facade. “The daughters of Jesus arrived in Trois-Rivières in 1903. They built the first large building in 1906. The latter was replaced by the one we know today in the 1930s. Keeping the facade is like telling ourselves that we want to look good. It doesn't ring a bell,” said Jean Roy of the Cap-de-la-Madeleine Historical Society.

The historian also wonders about the freedom of elected officials in this project. “Olymbec is an imperial owner in Trois-Rivières, it exerts such pressure through its gigantic property that one can wonder if the decision-makers are completely free”, he indicated.

For the councilor for the Madeleine district, Sabrina Roy, the project is far from unanimous. She also said that Olymbec wanted to present a larger project. She ensures that citizens' concerns will be passed on to all councilors and the mayor. The report of the public hearing will be presented to elected officials before the decision is taken, which should be held during the meeting on July 5.