By Quentin Piton Journalist Series – Ciné Journalist specializing in series, cinema, but also anime and manga. Spends his time dreaming of Emma Watson, considers Olivier Giroud the GOAT and refuses to speak with those who are against the absolute truth which is: How I Met Your Mother is a better series than Friends. 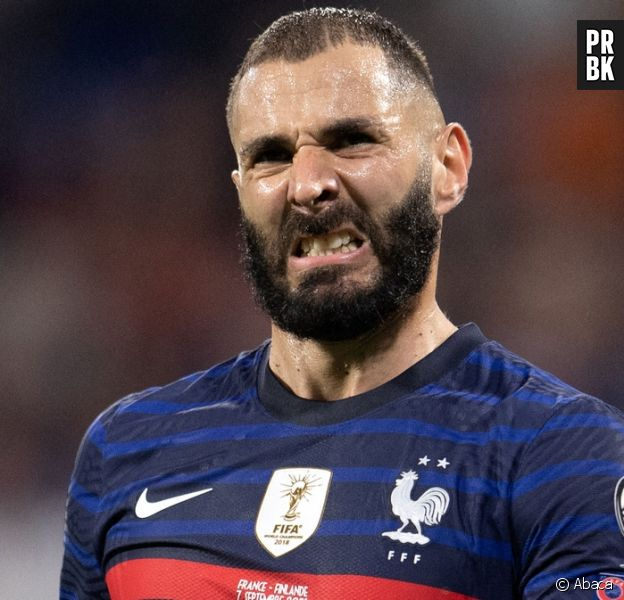 “He's too embarrassing”: Karim Benzema still plays the kid on social networks, fans can't take it anymore Two days after the announcement of his international retirement, Karim Benzema took advantage of his Instagram account to finally turn the page on the French team by moving away from almost all of Didier Deschamps' players. And inevitably, this behavior does not pass with the supporters of the Blues.

Did you know ? Karim Benzema has just celebrated his 35th birthday. Information that is surprising when we discover his behavior as a teenager stuck on Skyblog and MSN in the mid-2000s who does everything to attract the attention of others. Yes, if the Real Madrid player is one of the most talented footballers on the planet, he clearly does not appear as the model teammate. Or at least, he is no longer as soon as he has access to his social networks.

Thus, after making fun of Mathieu Valbuena and Didier Deschamps by the past by liking/commenting on degrading posts against them, after having taken advantage of a live to compare Olivier Giroud to a karting, then after having taken advantage of his absence from the 2022 World Cup to settle accounts through old messages subliminals as subtle as a virgin's reaction to anime Prison School, the 2022 Ballon d'Or finds himself again at the center of ridiculous behavior.

A few days after announcing his international retirement, while the whole of France was still in full mourning following the defeat in the final at the World Cup (sacred timing), Karim Benzema would have obviously decided to turn the page of the Blues in a particularly salty way. As reported by several media, the striker would simply have had the good idea of ​​unfollowing all the players of the French team on Instagram. Well almost.

As we can see, there are still a few exceptions like Kylian Mbappé and Marcus Thuram, as well as his former partner Raphaël Varane and his two current teammates Aurélien Tchouaméni and Eduardo Camavinga. Two other French are also still present (Presnel Kimpembe and Ferland Mendy), but it should be noted that both were not part of the adventure in Qatar.

To no one's surprise, this attitude of Karim Benzema does not attract him only compliments today on social networks. “Pathetic/kid level. And I love Benzema! is too fucking embarrassing, 40 years soon“, “His communication is disastrous” or even “A real kid… It's the playground.. .“

Where rumors recently suggested that the Blues felt better without him since his withdrawal, it is not this kind of attitude that will deny them…< /p>

A disappointing but unsurprising behavior on the part of Karim Benzema when we know that he did not even take care to congratulate the Blues for their career and support them after their defeat against Argentina in World Cup final.