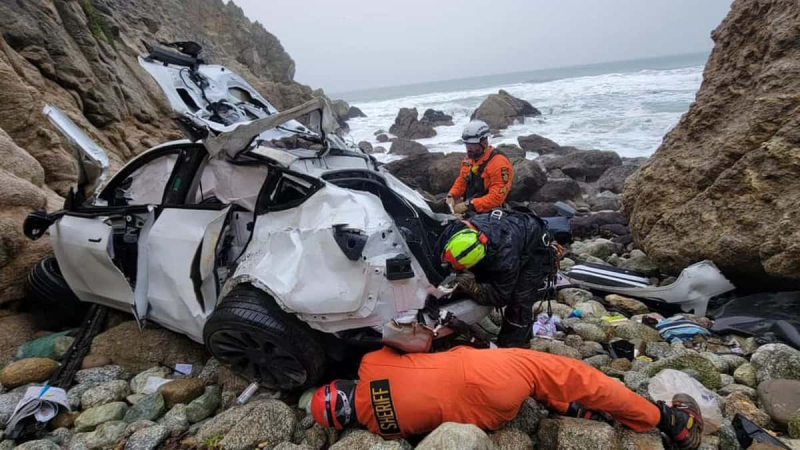 A family of four survived a 250+ foot fall from a Tesla in California.

A 4-year-old girl, a 9-year-old boy and two adults had the scare of their lives when their car fell off a cliff in Northern California, near of the Devil's Slide, known for its fatal accidents.

This afternoon, deputies responded to a solo vehicle over the side of Hwy 1 south of the Tom Lantos tunnel. Two adults suffered non-life threatening injuries and two children were unharmed. Tremendous collaborative effort btwn SMSO, @CHP_GoldenGate and @calfireSCU pic.twitter.com/sVyKp6LSrc

The car, a Tesla sedan, tumbled off the cliff before landing in a pile of rock. The Devil's Slide, which is located about 20 miles from San Francisco, is the cause of several fatal accidents each year.

The authorities in the region do not believe that the Tesla was in autopilot mode . They still don't know what caused the crash.

This morning, a vehicle with 2 adults and 2 minors went over cliff at Devil's Slide in @sanmateoco. Witnesses saw the accident and called 911. The car plunged hundreds of feet down the cliff and landed on the beach. All four patients were successfully rescued. Watch the video! pic.twitter.com/HUM2SJ56Oy

“We always go there for crashing motorists, and no one ever survives. It's a real miracle,” Brian Pottenger, a firefighter at the scene, told CBS News.