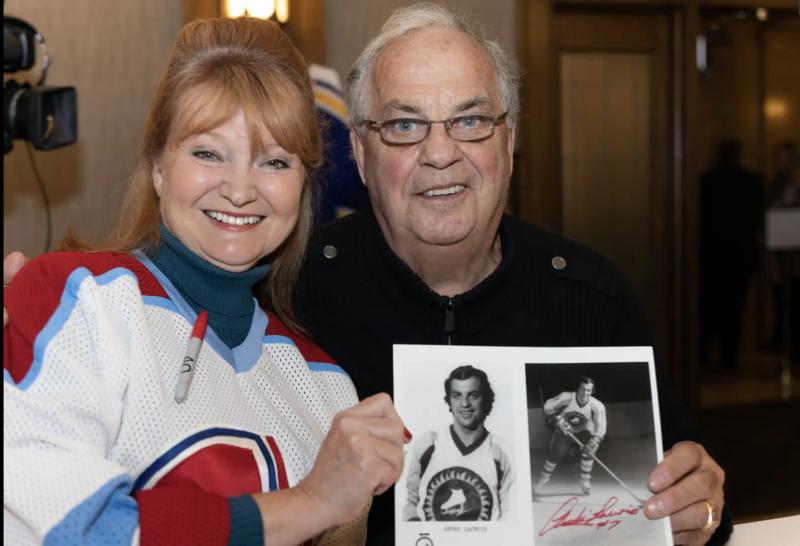 André Lacroix had an exceptional career in the World Hockey Association (WHA), finishing as the top scorer in the history of the “cursed circuit”. when you add up the seven seasons he played. A record, he says, that will never be broken.

“Certainly! adds the former striker with a laugh. The league no longer exists! »

But that's not what makes Lacroix happiest when he thinks back to his seven past campaigns in the WHA. Rather, it is his place in history alongside some of hockey's legends.

“In 1974-75, I had an exceptional season [with the San Diego Mariners], says the 77-year-old man, who has lived in the United States for many years. I was a center player, so the most important thing for me was to be a good passer. »

«  , he adds proudly. In the history of professional hockey, there are only four players who have obtained more than 100 assists in a season: Wayne Gretzky, Bobby Orr, Mario Lemieux and… me!

André Lacroix had been playing in the National League for five years when he received a call in 1972 from one of the owners of the Philadelphia Blazers, a franchise that was to join the new World Association.

“At the time, I was in Chicago, with the Blackhawks, explains the native of Lauzon, a city now annexed to Lévis. I was not happy with the team. He told me they had seen me play with the Flyers for three years and that he wanted me in Philadelphia.

Like many of his WHA teammates, Lacroix n didn't hesitate for long. The club offered him a five-year pact and doubled the salary granted to him by the Hawks.

Of course, Lacroix has seen green and unripe things in the World Association. Because if many alumni believe that the league was not so far from the NHL, there were these many teams that declared bankruptcy, these strange arenas…

But nothing to cause regret at this pioneer of the “rebel circuit”, who still plays hockey every Sunday.