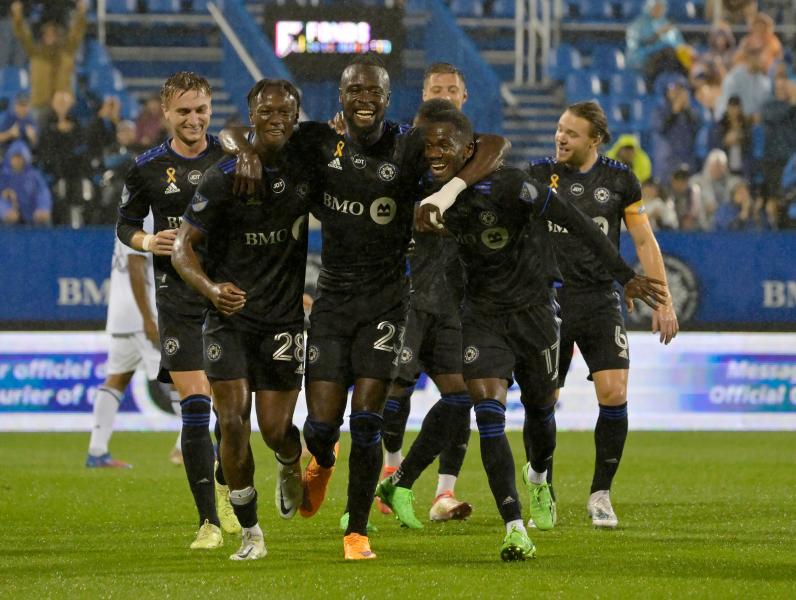 As a former member of the management of CF Montreal, Richard Legendre can only be delighted with the successes of the team this season. The project masterfully led by Gabriel Gervais is above all a huge contrast with the last seasons marked by the pandemic.

“For everyone, the last few years have been difficult, but especially for CF Montreal, which played local games in Florida. It was a new concept to which the organization was forced due to the pandemic”, admitted laughing the former right arm of Joey Saputo.

Montreal sits second in the Major League Soccer (MLS) Eastern Conference standings and has secured a playoff game at home. With three games to go, the Bleu-Blanc-Noir has already had the best regular season in its history.

“It was a bit unexpected. If we had said that to people at the start of the season, they would have said: “Oh yes? Do you really think CF is going to be where it is now?” said Legendre. The team itself is aware of this.”

The 69-year-old is also happy to see that CF Montreal is doing so well without big stars like Marco Di Vaio, Ignacio Piatti or Didier Drogba. Local talent is put forward, and that's good for the organization's wallet.

“I feel that there is an extraordinary chemistry in this team, he said. -he mentioned. […] The coach is a guy who grew up here. There are several Quebec elements, whether it be Samuel Piette, the two goalkeepers (James Pantemis and Sebastian Breza), Mathieu Choinière, the young [Ismaël] Koné who reveals himself…”

During his 11 years with the team, before his retirement in November 2018, Legendre contributed to the unparalleled growth of the Impact, marked by the arrival in MLS. It was still more difficult financially in his time, as Saputo admitted, but the club seems to be back on the right track.

Thoroughly in the development of players with high potential, the CF Montreal has put on its salesman's shirt. Midfielder Djordje Mihailovic will leave at the end of the year, but in return, management will see their biggest cash inflow since the beginning of the adventure.

“We will have a little twinge in the heart when he leaves, but it is a sign that we are making good choices, that we are developing players. Soccer is this kind of “business”. You buy and you sell. If you are able to continue to perform well on the field while having a better financial performance, it is super important”, maintained Legendre.

The Saputo Stadium, which the Montmagny native helped build in 2008, is often full and the atmosphere is lovely to see. Legendre attends most of the games and he is happy to see the stands full.

“There is no better marketing than victory, but also effort and hope. […] People felt, long before the accumulation of victories, the effort, the will, the commitment of everyone in the organization and of the players. The results, moreover, make people return to the stadium.”

“It’s off to a good start. We feel that Gabriel brought a refreshing vision,” said Richard Legendre.