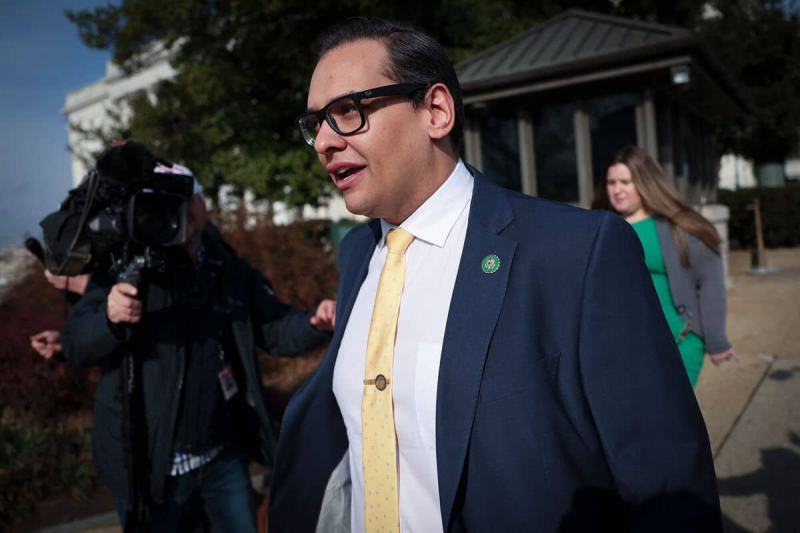 The young Republican elected to the House of Representatives, George Santos, finally confirmed on Sunday that he performed in drag em> queen, but only on one occasion at a festival in Brazil, after photographic evidence taken by d acquaintances from his past.

After being hounded by reporters about his experience as a drag queen, Santos had to give in to this incriminating evidence; which is a new development in the scandal that has plagued the 34-year-old U.S. Congressional newcomer from Nassau County.

While he was back in New York over the weekend, he admitted to a local ABC affiliate that he was indeed the performer of dragknown as “Kitara Ravache” at events in Brazil.

However, he clarified that he only “dressed up once” at a festival, despite numerous and various images and videos of his costume of drag spread since in the American media.

“I was young and had fun at a festival – so attack me for a life!” he told ABC 7 station. Since then, several videos have appeared suggesting that he is not there was not only “once”.

According to another drag artist, Eula Rochard, who says she knew him in Brazil, George Santos would have competed for the title of “Miss Gay Rio de Janeiro”, only to lose the contest in 2008.

“The beauty pageant is for boys who dress like women. They are beautiful. The boys are beautiful. And he lost because he was fat,” she told the daily Insider.

According to Rochard, George Santos was not a drag queen professional, but he sometimes dressed up. By the way, she has Santos identity in a video of the Niterói pride parade in 2005.

He reportedly boasted of his father's wealth, but his mother was a maid. “He was a big dreamer,” Rochard said. “He wanted to be famous no matter what.”

Not the only hidden fact

Obviously the performance of drag queen by George Santos are just the tip of the iceberg of his lies. Indeed, the American has become known in recent weeks for having fantasized about several key details of his past life and his curriculum vitae.

He admitted to falsely claiming to work at Citigroup and Goldman Sachs, and to graduating from two New York colleges. He is also accused of faking his grandparents' supposed Jewish ancestry as well as stories about them escaping the Holocaust.

He also claimed his mother died in the Holocaust. collapse of one of the towers of the World Trade Center, which turned out to be false. In fact, Santos' list of lies seems to be growing by the day as more and more reporters dig into the Republican's background.

The most recent obsession from the media claiming that I am a drag Queen or “performed” as a drag Queen is categorically false.< br>
The media continues to make outrageous claims about my life while I am working to deliver results.

I will not be distracted nor fazed by this.

Many members of Congress from both parties have called for his resignation, saying voters don't know the man they backed, given his many lies about his past. Nonetheless, he remained adamant that he would not resign, even if his financial statements could possibly land him in trouble with law enforcement.

The said New York Republican has adopted ultra-conservative positions considered anti-LGBTQ, even though he calls himself homosexual. Santos staff have not commented on the situation.