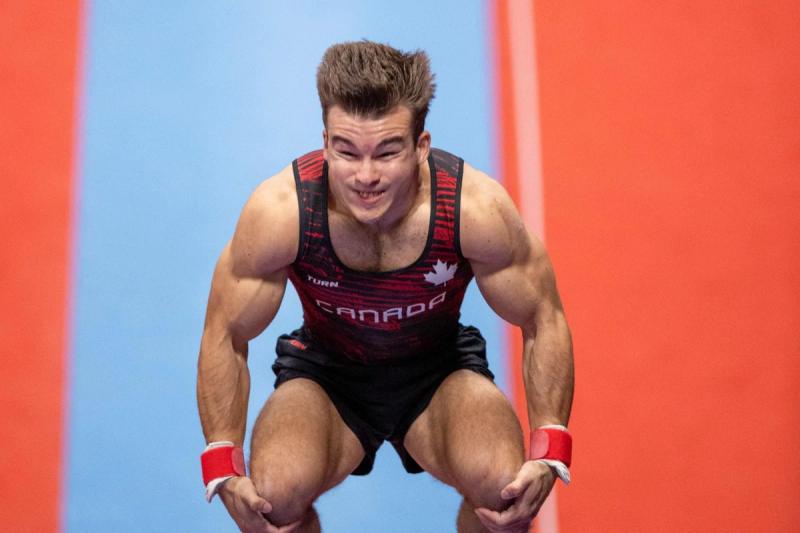 A fifth place can sometimes feel like a small victory. This is what gymnast William Emard experienced in the floor competition of the Paris Artistic Gymnastics Challenge Cup on Sunday. The Laval resident scored 13.500 points.

It was the first appearance in the Challenge Cup in almost a year for the Quebecer who was slowed down by an injury.

“I have just come back from a partial tear in my left biceps and the injury isn't 100% healed yet, so my expectations were pretty moderate. Finishing fifth in the floor final is therefore beyond my expectations and I'm really happy,” admitted the gymnast, adding that his preparation time before this competition was not optimal.

Émard has been dragging this injury since last year's Worlds where he notably finished eighth in all around competition, a historic result in the history of Canadian gymnastics.

“Healing is complicated, so for the moment, I participate in the machines that do not create pain for me. […] I am limited to three machines and it is a bit difficult on morale, but this performance obtained on the ground, it feels good. I just have to be patient.”

The 22-year-old athlete even adds that he could have been on the podium if he hadn't made a mistake in his first diagonal line.

“With this line, it's make or break and today (Sunday) it broke a little bit. It cost me a lot in terms of scoring, but the rest of my routine was very good and better than in qualifying.”

Positive for the future, he believes in his chances of being retained in the Canadian team that will be at the next World Championships which will get under way in Liverpool at the end of October.