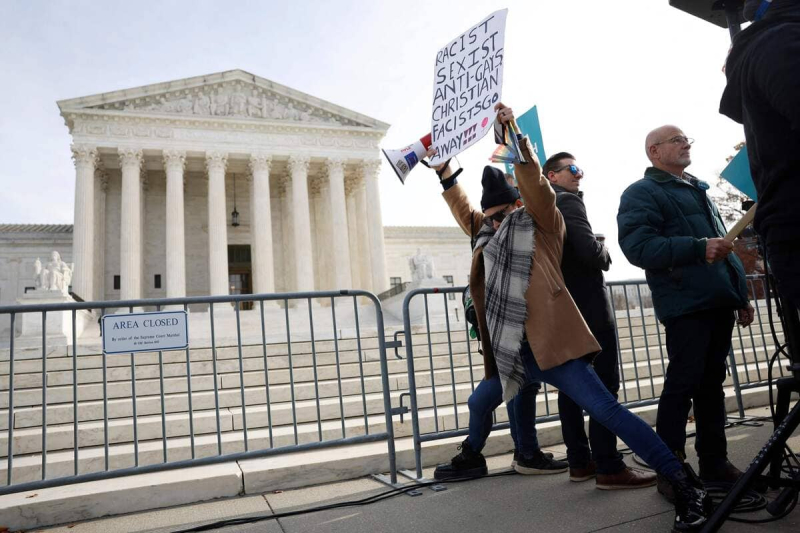 The Supreme Court of the United States examines on Wednesday an electoral law file which arouses strong fears on the left – but not only – because it could revolutionize the organization of the ballots for the White House and Congress .

The hearing will focus on a new legal theory proposed by Republican lawmakers in North Carolina that, if passed, would give lawmakers in all 50 states a free hand to organize federal elections.

Postal voting, office opening hours, documents to be presented to register on the electoral lists…: the Constitution entrusts the legislators of each State with the task of setting “the time, place and procedure” of ballots.

Their laws are however subject to the control of the local courts and the possible veto of the governor of their state. That's what elected officials in North Carolina want to change.

For them, the Constitution “places the regulation of federal elections in the hands of state legislators and no one else.”

This so-called “independent state legislators” theory has “never been validated by the Supreme Court even though it has been circulating for some time”, noted jurist Amy Mason Saharia during a presentation of the case before the legal institute. Cato.

Four of his nine judges have expressed interest in this reading “and there is a chance that the Court will adopt this doctrine”, according to Me Saharia.

“Our democracy is a fragile ecosystem that needs checks and balances to survive,” he wrote in an op-ed published by the New York Times.

Accusing the elected Republicans of his state of having “manipulated the electoral process for political gain”, the governor was delighted that the local justice was able to block their efforts.

One of those battles is at the heart of the Supreme Court case.

As the 2020 Census saw a surge in North Carolina's population, the state won an additional seat in representatives room. Its parliamentarians then redrew the contours of the constituencies.

In February, their map was struck down by the state Supreme Court, which ruled it favored the Republican Party by lumping Democratic voters into some precincts to dilute their vote elsewhere.

A second map didn't seem fairer, so the local high court appointed an independent expert to do it.

North Carolina lawmakers then turned to the Supreme Court of United States, accusing the local judiciary of having usurped their role.

Its sages refused to intervene urgently and the expert's card served well in the mid-term elections in November, allowing the election of seven representatives from each party. But the Court wanted to address the substantive issue.

In the run-up to the hearing, President Joe Biden's government, Democratic state and senators, law professors, and every major civil rights association (ACLU, NAACP, ADL, HRW) wrote to the Court to dissuade her from adopting the new theory.

“This extreme interpretation of the Constitution would help local elected officials disenfranchise some voters, carve up constituencies as they see fit and, potentially , to sabotage the result of the elections”, explained to the press Sophia Lin Lakin of the ACLU.

The Republican Party deemed this alarmist speech “absurd”. Giving reason to the elected officials of North Carolina “will not give carte blanche to the state legislatures”, whose work can always be challenged in federal courts, he pleaded in an argument sent to the high court.

But in the conservative ranks, the theory is not unanimous. “Our political system would suffer greatly if the butchering of electoral districts were left out of control,” said former Republican Governor of California Arnold Schwarzenegger.

The Court must render its decision before June 30.