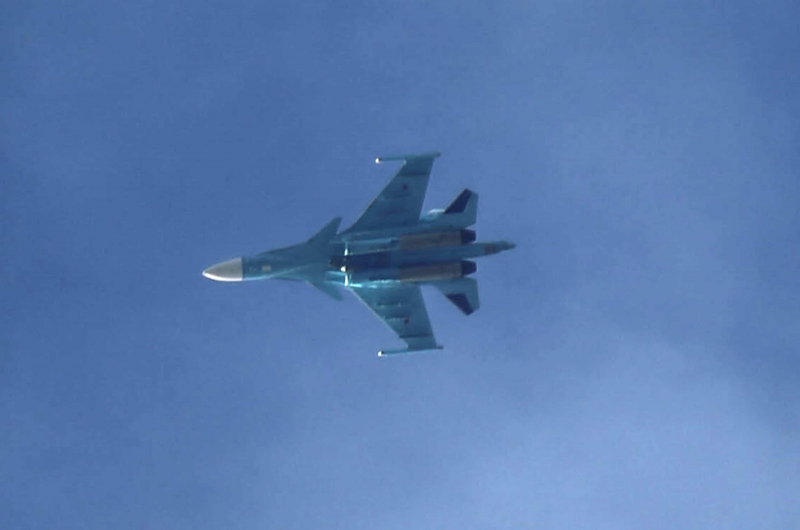 MOSCOW | A Russian Su-34 military plane crashed in an inhabited district of Yeysk on Monday, causing a huge fire in a building in this city located on the shores of the Sea of ​​Azov, near Ukraine, and killing three, according to Russian authorities.

Three people were killed and 19 others were injured in this crash which caused a fire in the nine-storey building where about 600 inhabitants live, authorities in the Krasnodar region where the tragedy took place said on Telegram.

Russian President Vladimir Putin was briefed on the crash and dispatched Ministers of Health, Mikhail Murashko, and Emergency Situations, Alexander Kurenkov, to Yeisk, according to a Kremlin statement.

“At the place of the fall of Sukhoi 34 in the courtyard of a residential area, the fuel of the plane caught fire,” said the Ministry of Defense, while images on social networks filmed by witnesses show a gigantic fire engulfing an apartment building.

According to the Ministry of Emergency Situations, quoted by Russian agencies, the fire engulfed five of the nine levels of the building, covering some 2000 m2.

The MoD said the bomber pilots were able to eject. It was a training flight according to the same source.

The governor of the Russian Krasnodar region, Venyamin Kondratiev, for his part, indicated that “all fire and rescue units in the region are engaged in extinguishing the fire”.

Immediately after the accident “the fire spread to several floors. Seventeen apartments are affected according to preliminary information,” he added.

According to Mr Kondratiev, around 1730 GMT, the fire was brought under control.

The city of Yeysk is located on the Sea of ​​Azov, in the Gulf of Taganrog, just opposite the Ukrainian city of Mariupol, ravaged by bombing and a long siege in the first months of the Russian offensive.

Oksana, a resident of the neighborhood where the aircraft crashed, told AFP by telephone that the area was cordoned off. “There is a risk of explosion. Everything is on fire from within. There is smoke,” she said.

It was her child, alone at home, who warned her of the disaster.

“ It's a shock of course, the child was alone at home. We were already going to bed scared every night, Mariupol is just opposite,” she said, asking to remain anonymous.

On the videos and photos posted online, flames, visible through a multitude of balconies and windows, consume a typical Soviet beige building.

Since the entry of Russian forces in Ukraine, flights are prohibited throughout the region except for Russian military aircraft.