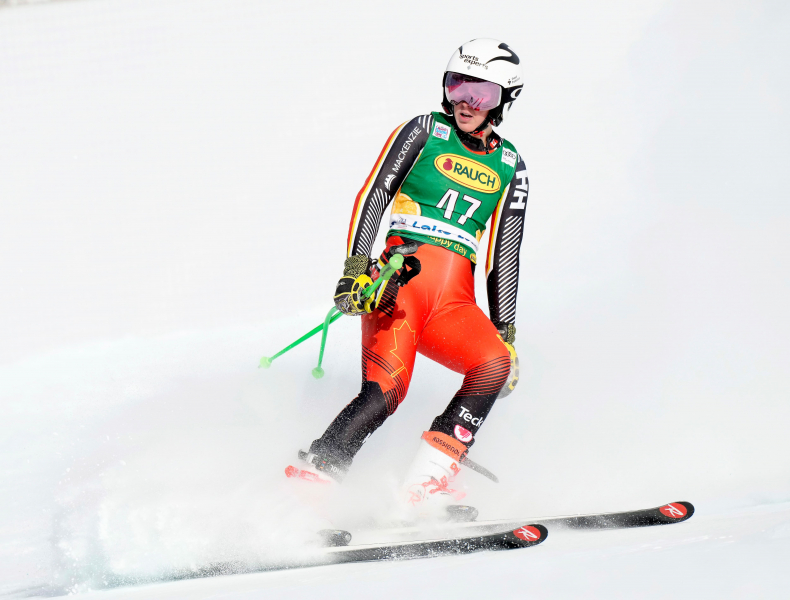 After three starts last year to dip her toes, Sarah Bennett will experience her first full season this year on the Alpine Skiing World Cup circuit.

< p>Bennett will be in the starting gate of the Solden World Cup on Saturday in Austria, as the giant slalom season kicks off.

“I'm excited and looking forward to this first race of the season,” she said. I was more stressed last year because everything was new. The environment intimidates me a lot less this year. I am more ready physically and mentally and the preparation is better. Last year, I learned a few days in advance that I was going to race in the World Cup. »

In tune with the head coach of the women's team Karin Harjo, the 21-year-old skier from Stoneham approaches this first campaign on the White Circus as a learning year. “It's going to be a year of transition,” she explained. I will take time to get used to it. Yes I will participate in stages of the World Cup, but there will also be European Cup and NorAm series events on my schedule. My trainer doesn't want to rush anything and I trust her. »

One step at a time

Bennett is behind the decision to take it one step at a time. “It's a good idea because I lost two years of training due to COVID-19,” she said. I have to learn how to win at a lower level, which I only started doing last year. »

« The races in NorAm allow me to solidify my skiing and to keep the confidence when the results are not there in the World Cup, to pursue the one who has been promoted within the national team last April. Several girls who are successful in NorAm and who make the jump too quickly to the World Cup disappear. »

After a few snow camps in New Zealand and Italy, Bennett notes a clear improvement compared to last year. “There has been a big evolution, underlined the student in communication at the University of Concordia. In Italy, I managed times that were quite closer to the French and Norwegian skiers than last year. This summer in physiotherapy and on the snow, I worked a lot on my alignment on my skis. My ski is a lot stronger and an old back injury, which came back to New Zealand, is completely healed. »

While she is aware that she will live a learning year, the 21-year-old skier does not intend to play the tourist.

“I would like to achieve a top 30 in giant slalom and get a start in slalom. The priority at the moment is the giant slalom, but I'm not taking away the slalom. I focus on one discipline at a time and the adaptation will be easier in the World Cup in slalom because I have some experience. I'm going to do slalom in NorAm and I want to be consistent. There are several races that I did not finish last year.

If she started the super-G event last December at the Lake Louise World Cup, Bennett will skip this time. “It's two completely different worlds and I'm not ready for the super-G,” she explained. However, I would like to do some in NorAm. »

Despite his success in NorAm and World Juniors, Bennett looked forward to his selection to the national team.

“When I heard the news in April, I was really, really relieved,” she said. I was really stressed before the news was confirmed. You never know in this kind of situation because you don't know how it happens. After Solden, Bennett will take part in the World Cup in Killington, Vermont on November 26-27.