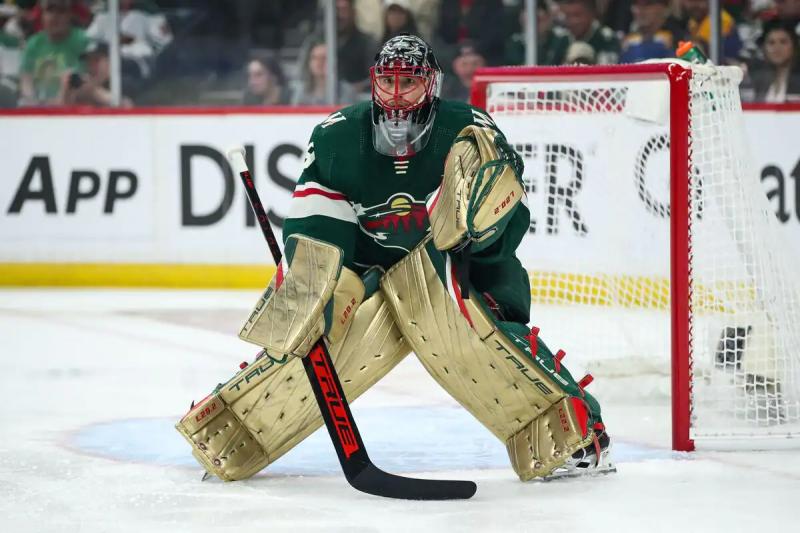 With the departure to the Ottawa Senators of Cam Talbot, Marc-André Fleury is without a shadow of a doubt the number 1 goaltender of the Minnesota Wild. Despite everything, the Quebecer did not want to see his teammate, with whom he had a good relationship, leave.

The two veterans shared the net late in the season after Fleury was acquired from the Chicago Blackhawks. In the playoffs, however, the newcomer took the upper hand, playing in five of six games in the first round.

“I would have been okay with coming back with Cam. He is a very good guy. He supported me a lot. We spent time together outside the rink. I would have been ready to share the tasks with him, but hey, things didn't work out,” he said at a press conference on Thursday.

The Wild would have liked to retain the services of Talbot, who still had a year left on his contract, but the Ontarian would have reacted badly to Fleury's return until 2024. The player's agent had also added fuel to the fire attacking general manager Bill Guerin.

“It happened very quickly. I didn't want to be the cause of his departure, but it happened like that, ”said the Sorelois.

< p>Fleury like Talbot will see more ice in 2022-2023, which is, despite everything, a positive outcome for the two men. The Wild goalkeeper will not start all the team's games, however.

“There are not so many goalkeepers who play 70 games anymore. It's common to see the two guys playing. You never know what can happen. I'm going to take it one game at a time, I'll be ready when the coach wants me on the ice, “said Fleury.

The latter will serve as a mentor to Swede Filip Gustavsson, whom the Wild acquired Senators in return for Talbot. The 24-year-old doorman has 27 games behind the tie in the National League. It will thus be a certain promotion for him.

“He is a younger guy, discreet, very pleasant. We haven't spent a lot of time together yet, but we'll get to know each other better over time,” said the three-time Stanley Cup winner.