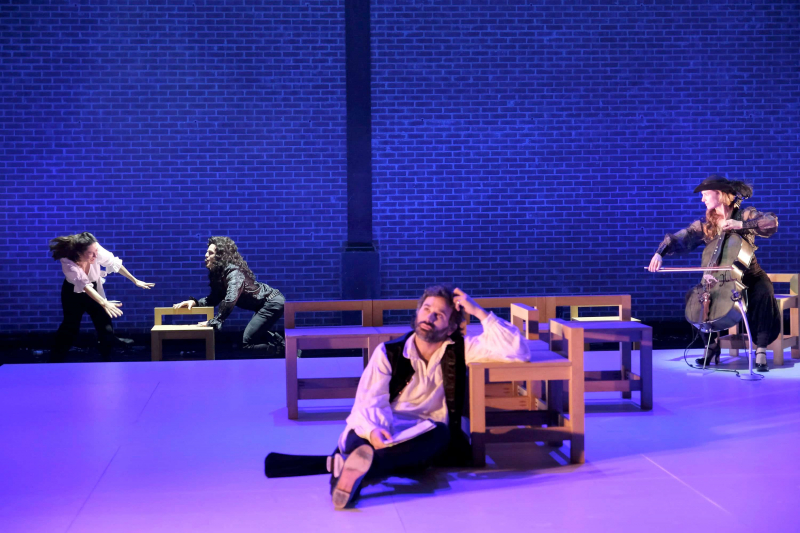 History is cruel if we trust the life of the great French playwright Molière as seen by the famous Russian writer Mikhail Bulgakov.

In the adaptation from the book The novel of Monsieur de Molièrewritten in 1933 by the Russian, Lorraine Pintal presents to the TNM a rather dark portrait of Molière, the one who dreamed of staging tragedies, but who had to fall back on comedies that made him immortal.

< p>According to this play that she directed, disappointment and bitterness marked this man of the theater who suffered from censorship, the success of his contemporaries like Racine and the behavior of those close to him.

In this free adaptation by Louis-Dominique Lavigne, it is Bulgakov who recounts the life of the Frenchman he admires. As a narrator, he also talks about his own existence under Stalin's communism, also forced to live with censorship. The parallel is interesting, even if their fates were very different.

Éric Robidoux is extraordinary in the guise of Molière, which he reveals with finesse as much when he is young and shy as when he is old and scathing. He is well supported by Jean‐François Casabonne who interprets the Russian. Rachel Graton is perfect as Molière's first companion. Simon Beaulé-Bulman, in the skin of Louis XIV, Jean Marchand, in Corneille's wig, and Philippe Thibault-Denis, in the clothes of Jean Racine and the king's brother, stand out.

The rest of the cast is also solid. Also on stage, Jorane plays music to provide a quality sound envelope.

With its many characters, rich historical and cultural references and a back and forth between 17th century France and the 20th century Soviet Union, this proposal is loaded. This density somewhat suffocates Molière, who reveals himself to be too little.

His genius appears here and there, but without brilliance, since he laments a lot.

< em>The novel of Monsieur de Molière is presented at the TNM until December 3.

A play by Lorraine Pintal