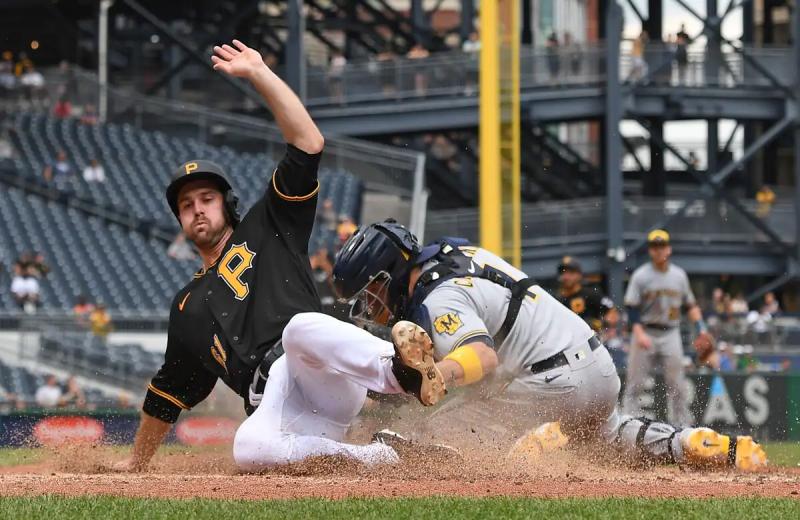 The Pittsburgh Pirates swept their three-game series against the Milwaukee Brewers with a decisive 5-4 win thanks to a wide receiver error Thursday at PNC Park.

The pitcher Matt Bush and his receiver Victor Caratini can blame each other since their club had never drawn behind in this meeting. The gunner completely missed his shot, which hit Caratini in the shoulder after a rebound. From third base, Bryan Reynolds only had to trudge to home plate.

Bush (2-2) was not really confident in the 10th inning since he had allowed Reynolds to equalize a few moments earlier on a double. He also gave intentional walks to Ben Gamel and Oneil Cruz.

At the start of that extra turn at bat, it was the Brewers who had lucked out when Kolten Wong was hit by a shot by Duane Underwood Jr. (1-3) as the bases were loaded.