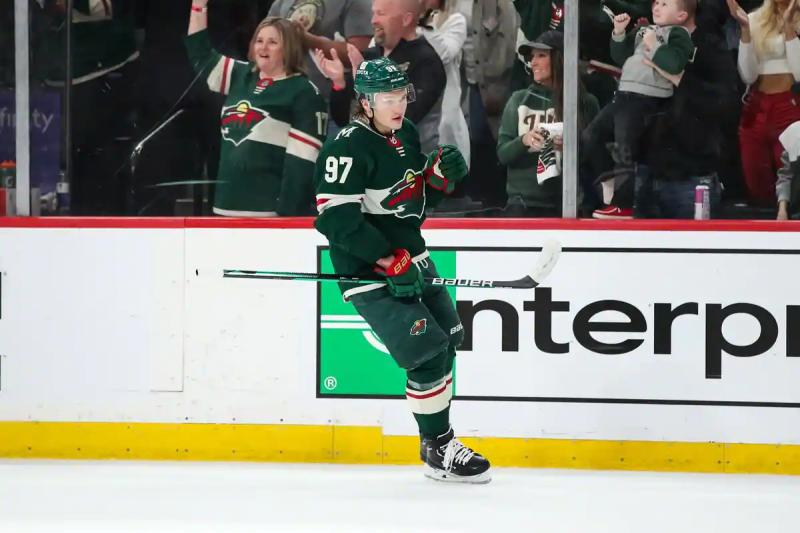 He has no desire to elaborate on his troubles over the summer, which have been a major obstacle for him.

Present at the opening of his family's training camp, the Russian almost did not attend due to the armed conflict in Ukraine. His case was brought to the media in July after reports surfaced of Philadelphia Flyers prospect Ivan Fedotov being sent to a Russian military base.

At the time, Wild general manager Bill Guerin denied any problems with Kaprizov and the possibility of seeing him unable to cross borders. Even though he said the player was doing well in his country, doubts remained. However, some “very special” people were able to help the organization solve the riddle, so the star hockey player arrived in Minnesota in early August.

“It was a lot more difficult than we believed it. We had trouble getting him back to the States and we got help from friends in Washington. We are very grateful for that, admitted the DG, as reported by the daily StarTribune. We are happy that he is here, safe and sound, and healthy. He is ready to play and enthusiastic about it. Everything else is behind us.”

“Kirill was very patient and did exactly the right thing. It was a painful moment for him”, chained Guerin.

The proof is that the main person concerned did not wanted to express his feelings to the media on the thorny subject, even if he affirmed through an interpreter that he had never felt worried about his presence in the first game of the season.

“If we can stick only to questions relating to hockey right now, that would be perfect, I think,” he said.

For Guerin, both as long as Kaprizov is with the club, he will be able to breathe easily.

“Let him be devoted to hockey,” he said. I don't think we've seen the best of Kirill. He's a special player.”