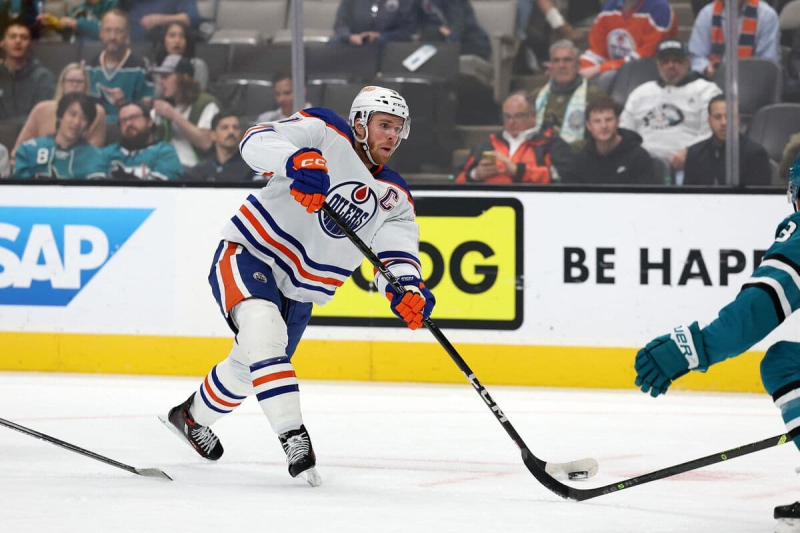 The spectacular Connor McDavid celebrated his 26th birthday in the best way Friday in San Jose. He hit the 80-point plateau in a 7-1 landslide victory for the Edmonton Oilers over the Sharks.

Number 97 is on course for his career-best season on the Bettman Tour. In 44 games, he has already amassed 37 goals and 82 points.

The last players to score 80 points in as few games were Mario Lemieux, Ron Francis and Jaromir Jagr, who achieved this feat with the Pittsburgh Penguins in 1995-96.

Witnessing his performance of two goals and an assist, Sharks captain Logan Couture could only salute McDavid's prowess after the game.< /p>

“He's always been amazing,” he told NHL.com. He is the best player in the world. He does special things. It's on a whole different level. Few players in the world can skate like him. It looks like he's not even touching the ice.”

As usual, McDavid showed humility. He highlighted the playmaking talents of his teammate Leon Draisaitl, an accomplice to his two successes, who was also playing his 600th game in the National Hockey League.

“I got two great passes from [Draisaitl], so that helped,” he said. I feel good, but I think above all of our group. We're trying to string together good results and take it one day at a time, a bit like we did in the second half of last season.”

Although the Oilers have four 20-goal scorers in their ranks in McDavid, Draisaitl, Zach Hyman and Ryan Nugent-Hopkins, they are struggling to cling to the last echelon giving access to the playoffs in the Conference. West.

With a record of 23-18-3, the Alberta team must settle for fifth place in the Pacific Division. She will have to put her foot on the accelerator by the end of the calendar to try to win at least one elimination round for a second consecutive year for the first time since 1998.

Without being perfect in the eyes of head coach Jay Woodcroft, Friday's game is a good example of what the Oilers are capable of.

“We were lucky in some ways tonight [Friday], but we executed the task as we wanted it, he concluded. We got two points thanks to the contribution of several players in the lineup.

The Oilers could make significant gains in the standings by disposing of their next two opponents, both section rivals. They will face the Vegas Golden Knights on Saturday and the Seattle Kraken on Tuesday.