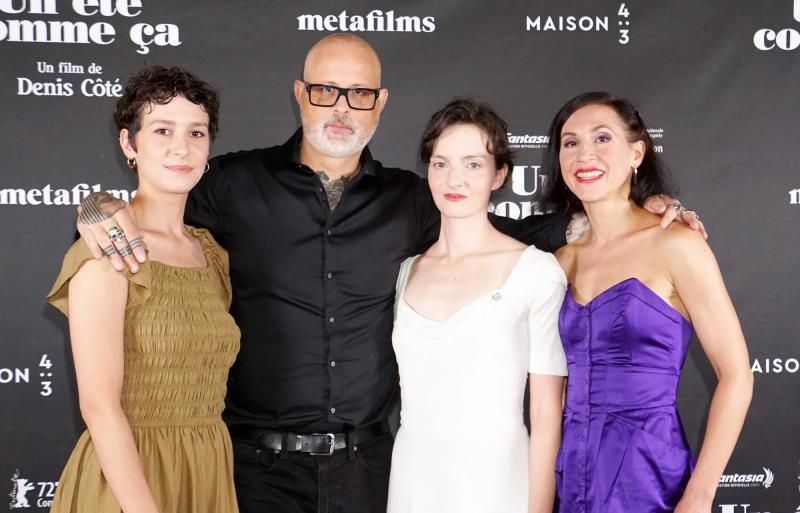 Six months after its world premiere at the prestigious Berlin Film Festival last February, the filmA Summer Like That< strong>, the new offering from Quebec filmmaker Denis Côté, was presented to Montreal audiences on Wednesday evening at the Cinémathèque québécoise. Curling director andVic + Flo saw a bear walked the red carpet in the company, in particular, of the three main actresses of his film, Larissa Corriveau, Aude Mathieu and Laure Giappiconi. A Summer Like This opens on Friday.