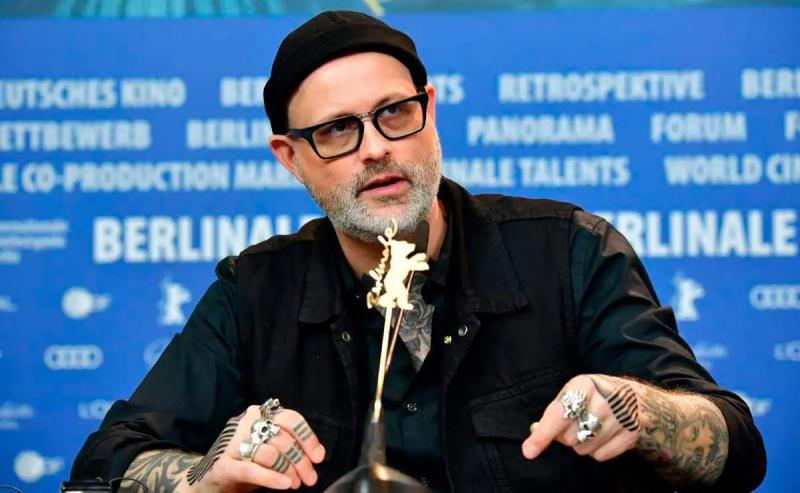 And why wouldn't Denis Côté – “a straight, white, privileged man and all,” as he himself put it – make a film about female sexuality?

“There are not many films in Quebec cinema that tackle sexuality head-on in a very, very uninhibited way,” he said in an interview with the Agency. QMI, recalling a discussion among friends from several years ago.

“We wondered why. Since “The Decline of the American Empire”, we have come to five films. [At that time, the script] was a very small spark, it was not a fight that I wanted to fight, I did not want to right a wrong in Quebec cinema. Afterwards, I came across “Little History of Nymphomania” which dates from 2002 and which is written by a historian from New York. Why was a word invented just to talk about women's desire? Why, through the ages, each time we have had to deal with the desire of women, we have felt the need to take charge of it, to cure it? »

“Then it became a challenge.” Because “A summer like that”, with the deliberately “light, even boring” title, broaches the subject of the sexuality of female characters. Fiction assumed, the scenario follows three women, Léonie (Larissa Corriveau), Eugénie (Laure Giappiconi) and Geisha (Aude Mathieu), during 26 days of retreat during which they will explore, with the help of therapists Octavia (Anne Ratte-Polle ) and Samir (Samir Guesmi), their sexual trajectories. “Is that brave? Is this crazy? I don't know, but I thought I could do something interesting,” he said.

The three actresses read different versions of the script, expressing their reservations for certain scenes. Denis Côté asked his usual editor to give way to a colleague, two female sexologists made their comments. “But it's still a film by Denis Côté, it's not a film that arrives with ready-made solutions, it's still a film made up entirely of questions, without any answers, like in my other films. It advances in the dark, he underlined. It is not a film that has done all its homework, behaves like an expert, like a therapist and comes to the end with a message. And I believe that if I had done that, I would be a man who comes up with solutions on female sexuality.”

“We cultivate the shadow areas. What looked like therapy is completely ridiculous, this therapy serves absolutely no purpose other than to listen to women and give them a voice. And when the pseudo therapy is over, we didn't cure people, we listened to them, we supported them. We did not apply a therapeutic framework as science does and as men have always done on women.”

The director of “Curling” or “Bestiaire” is not a voyeur. No question of wearing an “old pig look” on the actresses as he pointed out. Denis Côté has therefore given himself a list of prohibitions to respect.

“It is not true that we were going to make a film in seduction. It's not true that it was a film that was going to eroticize things. It didn't take postcards. It was forbidden to have a plan of the beautiful chalet or the beautiful country house. We are in the eyes, in the faces, as close as possible to the skin. At worst we suffocate, but at least we don't eroticise things. It prevents the film from being voyeuristic. And I didn't want any explicit scenes because I felt like those were things we had seen before.”

“To approach [the subject of female sexuality], I think you have to remove any anticipation of excitement for your project. I'm a man, I'm straight, it's my 14th film and it's the first time I've seen so many naked girls on a set. I know this in advance and there is work to be done. I thought of all those old filmmakers who, in the 1960s, 1970s, 1980s and even today… we can see that it still exists, this cinema of old pigs, ”he explained. /p>

“But why? I told myself that they come from another era, that they have a certain power, but I had the same on my set. And when you decide to apply your power on your set, you don't realize that you are living your sexuality by proxy. And if we scratch a little, we might discover that those old fellows there, at home they have nothing, that in 1983, when you were undressing actresses, it took you three weeks to find a sex magazine under a mattress. Me, when I make my film in 2022, if I want sex, I know where to find it. I know I'm three clicks away from porn after my day at work. I don't need my set and my work to satisfy something.”

“When I make my films, I make sure to be friends with my actors. We talk to each other a lot in advance, I don't hide pages from my script. There is a lot of sharing. We didn't experience any discomfort of any kind on set. There were some tough scenes to play, but it was done in a fraternity… When I hear the horror stories on other sets and they have to call intimacy coordinators, I have the It feels like being on another planet.”

It's this attitude of respect that allowed Larissa Corriveau to confidently shoot a long sequence of “shibari”, Japanese bondage. “I approached the only serious “bondage” school in Montreal. Larissa agreed and what we see on the screen was her eighth session in six months. On the set, there was only the sound and the camera and I was hidden behind a screen,” said the filmmaker.

“What I like about the scene is that it is as violent as it is gentle”, underlined Denis Côté, who wanted this moment to be viewed by the spectator “like a performance”. The whole film is experienced by the spectator as a mirror of his own sexuality.”