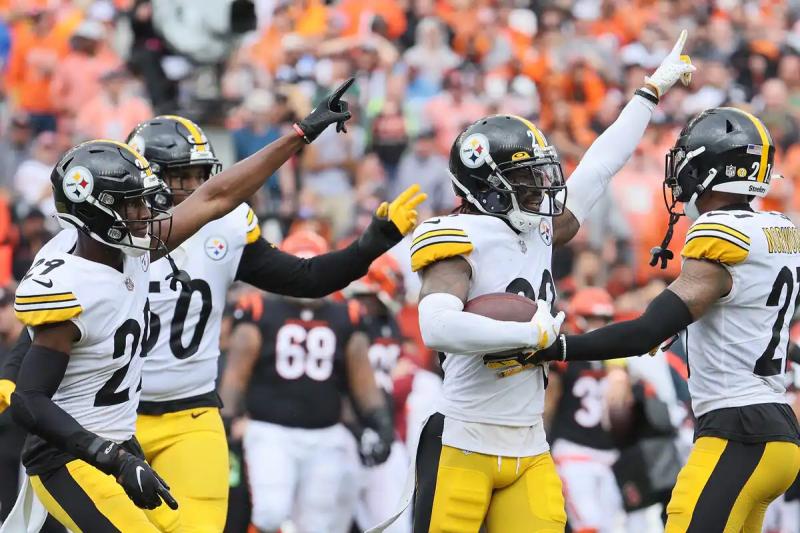 Two missed field goals in overtime, the tie in the final seconds of regulation time and five turnovers caused by Joe Borrow…

Here's what punctuated the Pittsburgh Steelers' 23-20 overtime victory over the Cincinnati Bengals on Sunday afternoon at Paycor Stadium.

Despite a bad start to the game, the finalists of the last Super Bowl found a way to tie the game late in the fourth quarter, as Ja'Marr Chase caught a pass from Burrow and scored the touchdown. Kicker Evan McPherson, however, missed the conversion by a point, which forced both clubs to work extra time.

The latter had a golden chance to redeem himself and give the Bengals the victory in overtime, but he completely missed his kick from 29 yards.

The fans were not at the end of their game , as Steelers kicker Chris Boswell also got in on the action by missing his 55-yard attempt.

Burrow will probably have nightmares…

Recovering the ball for the umpteenth time, Burrow undermined his team's chances by being hit far behind the line of scrimmage. Before he suffered his seventh sack, his team was in position to score a field goal. The Bengals were instead forced to clear the ball. The Steelers then took the opportunity to finish the game, thanks to Boswell's leg from 53 yards.

Going back to Burrow, he will likely have nightmares related to that first performance in 2022. The pivot's first stint attempt in that game was intercepted by Minkah Fitzpatrick, who took the opportunity to score the first touchdown of the season in the NFL. Burrow later had three more interceptions, in addition to dropping the ball once.

Both teams also lost big chunks of their lineup. The Bengals saw wide receiver Tee Higgins suffer a head injury, while linebacker T.J. Watt and running back Najee Harris were unable to wrap up the game for the Steelers side.

At Bank of America Stadium, quarterback Baker Mayfield was unable to get revenge on the Cleveland Browns, as the Panthers Carolina were defeated 26-24.

Traded by his rivals of the day after the latter acquired Deshaun Watson, Mayfield had promised to hurt his former team. He was ultimately unable to keep his word. The first-ever pick in the 2018 draft completed 16 of 27 stints for 235 yards and a touchdown. He was also the victim of larceny and four sacks. Mayfield also scored a major with his legs late in the game.

For their part, the Browns had to trust Jacoby Brissett at quarterback, since Watson is suspended for the first 11 games of the present country. The substitute amassed 147 yards and a touchdown with his arm.

Rather, it was ball carriers Nick Chubb and Karrem Hunt who sounded the charge. The former had 141 yards with his legs, while the latter had two majors.

It took a 58-yard field goal from Cade York to give the Browns the late game victory, however.< /p>

The Steelers-Bengals matchup wasn't the only overtime game, as the Indianapolis Colts and Houston Texans tied 20-20 at NGR Stadium.

At Hard Rock Stadium, the New England Patriots were unable to find the pay zone in the first half and fell 20-7 to the Miami Dolphins.

Lamar Jackson threw three touchdowns, including two to Devin Duvernay, in the Baltimore Ravens' 24-9 win over the New York Jets at MetLife Stadium.

At Soldier Field, the Chicago Bears scored 19 unanswered points late in the game to beat the San Francisco 49ers 19-10.

The Philadelphia Lions Eagles held off a late push from the Detroit Lions to claim a 38-35 win at Ford Field.< /p>

At Mercedes-Benz Stadium, the New Orleans Saints staged a spectacular comeback with 17 points in the final 12 minutes of the fourth quarter to defeat the Atlanta Falcons 27-26.

Carson Wentz threw four touchdown passes as the Washington Commanders won 28-22 over the Jaguars from Jacksonville to FedEx Field.