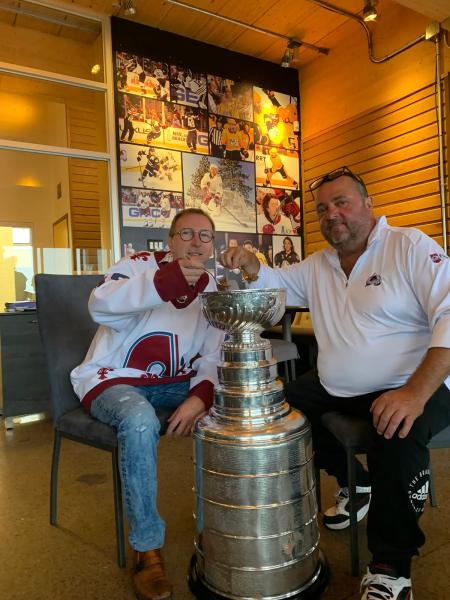 The father of Colorado Avalanche defenseman Samuel Girard, Tony, has a very good reason to celebrate these days and, last Sunday in Roberval, he expressed his joy in various ways.< /strong>

Having been able to celebrate with his son and the Stanley Cup in the streets of his city, he had the unique opportunity to taste tourtière in the famous trophy alongside Carl Murray, chef chef at the Marina 1353 restaurant in Roberval, where the Girard party took place after the parade. Certainly, both men enjoyed the moment crunched a few weeks after the Avalanche's first championship in 21 years.

Samuel Girard appeared in seven playoff games during the spring when a fractured sternum ended prematurely to his campaign.