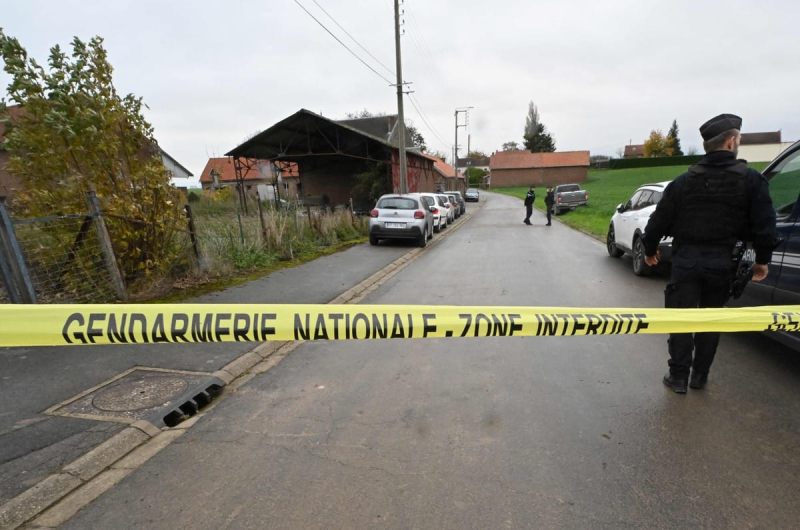 French MPs and ministers observed a minute's silence on Tuesday in memory of a 43-year-old tax official killed in northern France during a check at a second-hand goods dealer, before a tribute Wednesday in tax services.

The victim, a senior public finance inspector, was found dead on Monday “probably as a result of stab wounds”, said the Arras prosecutor's office in a press release.

The inspector “who accompanied, very shocked, was taken care of by the emergency services. His life is not in danger,” he added.

Both were “proceeding to a home intervention to carry out an audit of the accounts” of the business of a 46-year-old man. years, who would then have kidnapped and tied them up in the locality of Bullecourt, it is specified.

“The Republic is mourning one of its own,” said the Minister of Public Accounts, Gabriel Attal, after speaking for more than an hour with the victim's colleagues at the tax services in Arras, in the North. /p>

“It is revolting that a servant of the State, of the Republic, of the French people can be (…) killed because he is doing his job”, has he continued.

The Minister also announced a tribute to the victim on Wednesday at noon in the Departmental Directorates of Public Finances (DDFiP) of France.

The victim, head of the verification brigade in Pas-de-Calais, is described by his colleagues as a “reassuring figure, united, a real team leader”, reported the minister.

According to Bercy, he accompanied his colleague for security reasons, traveling in pairs only taking place in the event of risk or on complex files.

“Deeply shocked”, the inspector “witnessed the murder of her colleague”, according to Gabriel Attal. She was found at the second-hand dealer's home “tied to a chair and deeply shocked”, said a source close to the investigation earlier.

“When the gendarmes arrived, the two men were dead,” added a second source close to the investigation.

On Tuesday, access to the contractor's home, in a decrepit red brick farmhouse in the village of Bullecourt, was still blocked by the gendarmes, who were carrying out investigations there, noted an AFP journalist.

The man, divorced and father of two children had “arrived there about seven years in the town”, according to Éric Bianchin, mayor of this village of 250 inhabitants located south of Arras.

According to a source close to the investigation, he had been involved in a case of violence against a minor in 2010, without knowing the legal consequences concerning him.

The research section of the Hauts-de-France gendarmerie was seized within the framework of a flagrance investigation for assassination.