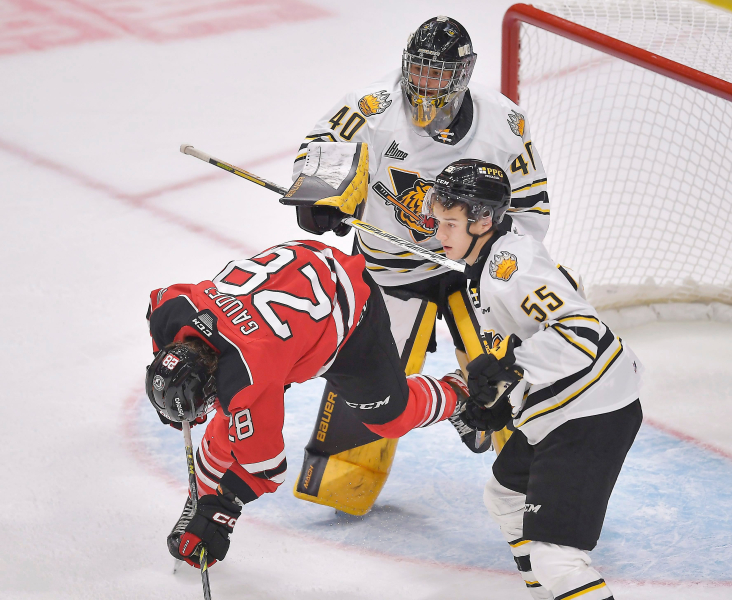 BAIE-COMEAU | The Baie-Comeau Drakkar fell into the trap of the Shawinigan Cataractes on Wednesday night, when it was shut out 2-0 at the Henry-Leonard center.

Victims of a third loss in a row, the players of Baie-Comeau had a difficult exit at home against efficient and opportunistic visitors at the right times.

The Mauricie skaters played a real road game and followed their plan to the letter. Meanwhile, their opponents lacked conviction throughout the evening.

After a dull first period as possible, the Cataractes finally broke the ice, in the middle of the second period, through their captain William Veillette, author of the victorious net.

Shooting Trailing 1-0 after 40 minutes, the Drakkar, limited to six shots in the third period, were never able to get their rhythm and get back into the game.

“The players were asleep before the game even started. I felt very tired after our Sunday game both physically and mentally. This does not serve as an excuse, but it was not a good game, “summarized head coach Jean-François Grégoire.

Everything seemed complicated for the Nord-Côtiers , especially when leaving the territory. “The players made bad decisions with the puck and they put a lot of pressure on us along the boards. It's a shame for our supporters who deserve better. Let's say that the month of November is not easy. »

Defender Loris Rafanomezantsoa scored the other goal for the winners against goalkeeper Olivier Adam, who had nothing to reproach himself for in the backhand. His vis-à-vis Rémi Delafontaine, he was intractable against the 27 shots in his direction.

Inconvenienced by the many injuries, the Drakkar went to seek reinforcements from the Ontario side by claiming 18-year-old forward Charlie Fink, who is 6 feet, 3 inches and 200 pounds.

The big skater should be in uniform for the next game of his new team scheduled in Quebec.