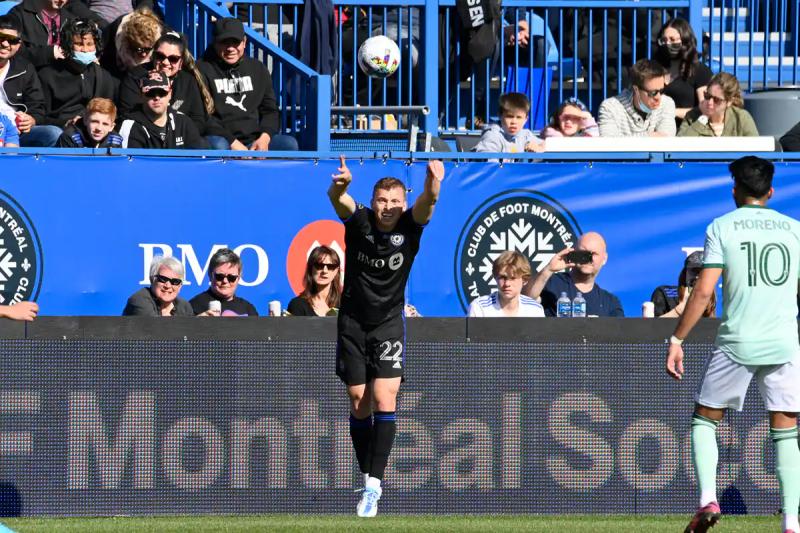 Alistair Johnston moved from Montreal when he was only seven years old, but grew up in the Toronto area. So this game is very special for him.

“It’s crazy, I’ve been here six months and we haven’t played Toronto yet. I'm obviously very excited because I'm from Toronto. I saw the rivalry from afar growing up.”

However, he clarified on Tuesday morning that he was never a Toronto FC fan.

“It comes from the fact that they always looked down on me at their academy level.

“When I was young, I mostly wanted to see games with high scores, games that were fun.”

Rage in the heart

Johnston acknowledges that he will play this match with a certain rage in his heart.

And this is even more true because the match is played at BMO Field, less than 60 kilometers from the family residence in Aurora, a northern suburb of Toronto.

“For anyone who grew up in the Toronto area and didn't have a chance with the TFC academy, it's big to come home against the team that didn't give us a luck or who didn't think we were good enough.

“I think of me, Kamal Miller and Dayne St. Clair, for example. For us, it gives us some gas because we want to make them pay for leaving us behind.

Johnston took the opportunity to shoot an arrow at Toronto FC, which has not shone for the quality of its detection in the last fifteen years.

“ It happened often, we see it with the national team where there are a lot of players from the Toronto area, but very few who grew up in the Toronto FC academy.

“We all have it on our hearts because it was not easy for us, but it helped us in our careers. We had to take different paths, including American universities, as Kamal and I did. ”

Among Toronto-area Ontarians in men who have not played with the TFC academy, we find Johnston, Miller, St. Clair, Tajon Buchanan, Richie Laryea and Cyle Larin, to name a few.

We will give the Toronto club a chance and not include Jonathan David, since he is originally from Ottawa.

You would think that Jonathan Osorio is a product of the TFC academy, but no. He was invited to train there, but did not make it.