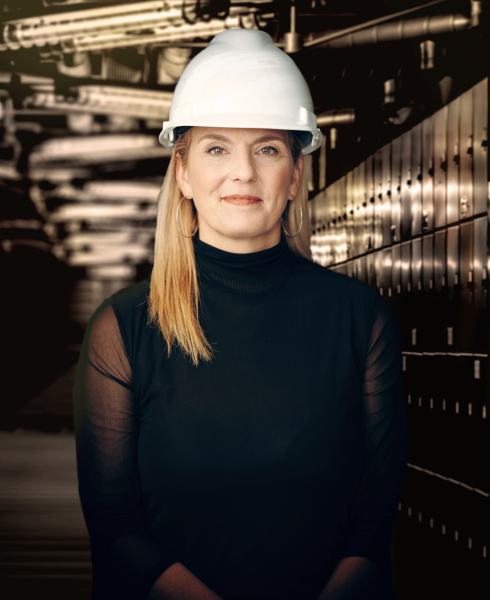 As a child, Manon Rouillier sometimes woke up at night hearing the voices of drillers on the CB of her father, founder of a drilling company in Abitibi. He called himself at any time, without knowing the long sleep.

“Never in my life was I going to work in there! That's what I told myself when I was young,” recalls the one who now deploys all her energy to the influence of players in the mining industry.

She left Abitibi at 15 thinking she would never come back. She convinced her father to enroll her in an English-language high school because she dreamed of speaking English, which would undoubtedly take her somewhere brighter than the Abitibi underground.

But don't we say that what we flee always catches up with us?

Abitibi won't get out of the girl

Abitibi came back into Manon's life in 2009, when she founded her marketing agency. He needed to stand out from a mass of competitors and this is where the idea of ​​investing in the mining sector took shape.

“My brother took over the drilling company founded by my father and I went to industry conventions with him. I heard people say the need for communication,” recalls Manon, who at the same time discovered passionate people, whom she enjoyed listening to.

Rouiller Strategy Marketing, based in Quebec, therefore specializing in the mining industry, a sector that attracts a lot less creative people than the retail trade, and where women occupy only 16% of jobs.

“It's a work on yourself to think that you have your place. But in the end, women are welcomed into the industry,” she says, adding that mining technology now attracts as many female as male applicants.

Most of her clients are manufacturers who sell equipment to mining companies. The agency helps them make connections. Manon goes to Abitibi every two months. The pandemic has shown that you can do a thousand things from a distance, so she has spaced out her stays in her native land.

Manon Rouillier wanted to broaden her impact in the industry. In 2021, she started a mining podcast, in which she receives industry players, to introduce trades, knowledge and companies. Of course, it's a win-win, since Manon's marketing agency radiates as much as its clients, through such an exercise. But it is still a self-investment.

Otherwise, in 2021, she joined Women in Mining, Abitibi-Témiscamingue chapter, a group dedicated to promoting the professions of the mining industry to women.

“Many do not dare to climb to management positions. We are going to offer help so that they go ahead and take their place in leadership roles, ”says the entrepreneur.

And why not ? Salaries are over $50 an hour and there are plenty of positions that don't require great physical strength. Technology is increasingly entering the industry and this, Manon believes, will facilitate the presence of women. Superintendents in operations? You don't see many of them, it's like under construction, but if you have to change the image of the mining industry to convince, Manon will be the first to volunteer.

It is as if, as an adult, she had finally understood the passion that linked her father to the mines and that she had inherited a vein of her own. A vein she would never have thought of without her origins.

“What surprised me the most about the industry was that it wasn't that difficult to take my place. You just had to dare! »