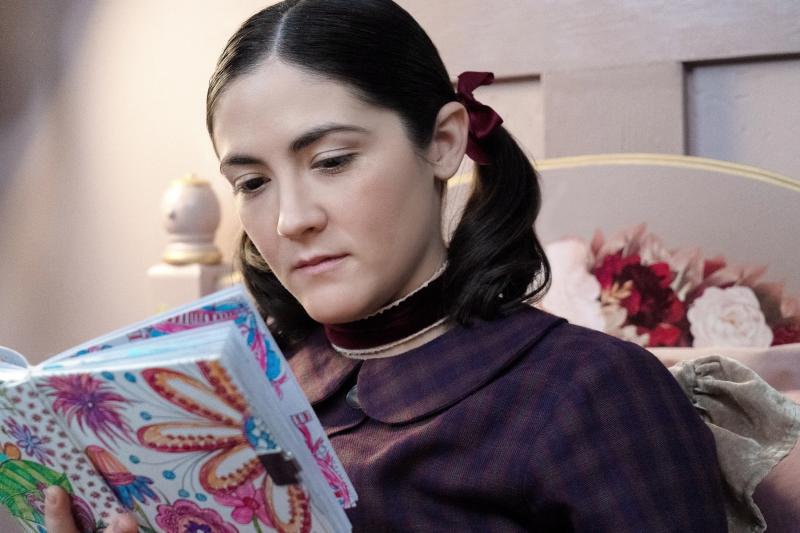 Horror fans were scarred by The Orphan, a surprise hit in 2009. Will they be as shaken by its new chapter, The Orphan: The Origins of Evil? Certainly not. But they will still find an effective and entertaining complement.

This is the film that horror lovers had stopped hoping for. But 13 years after the release of the first The Orphan, Esther returns (finally!) to terrorize moviegoers in a prequel (or prequel, in cinematographic jargon) now available in video on demand.

Isabelle Fuhrman once again slips into Esther's shoes, 13 years after the success of L'Orpheline.

A quick reminder: launched in 2009, L’Orpheline introduced us to the young Esther, a foreign child adopted by a wealthy American family. But in her climax, we learned that she was in fact an adult woman emulating the personality of a little girl to satisfy her violent impulses with impunity.

This time, we go back in time to explore the events preceding those of the first film. We are therefore transported to Estonia, where Esther was initially detained in a mental institution. She will manage to escape – not without leaving behind a generous trail of blood – to finally land in the United States, in a first foster family.

The actress lending her features to the murderess (Isabelle Fuhrman) has however aged well since the first film. So we had to redouble our efforts – and our creativity – to allow him to carry out his subterfuge with an American family.

Do we believe in it? Not entirely. In fact, it is difficult at times to believe that parents can believe that Esther is a real kid. But that, the fans will voluntarily override it since the film is not based, this time, entirely on this lame illusion.

Because moviegoers know the true nature of Esther. They can thus take real pleasure in digging into the psyche and the memories of this unusual murderess, played by a completely invested and deliciously diabolical Isabelle Fuhrman.

And if the finale of L 'Orpheline shook them up, they will be happy to learn that this new chapter has just as many surprises in store for them. We say no more!