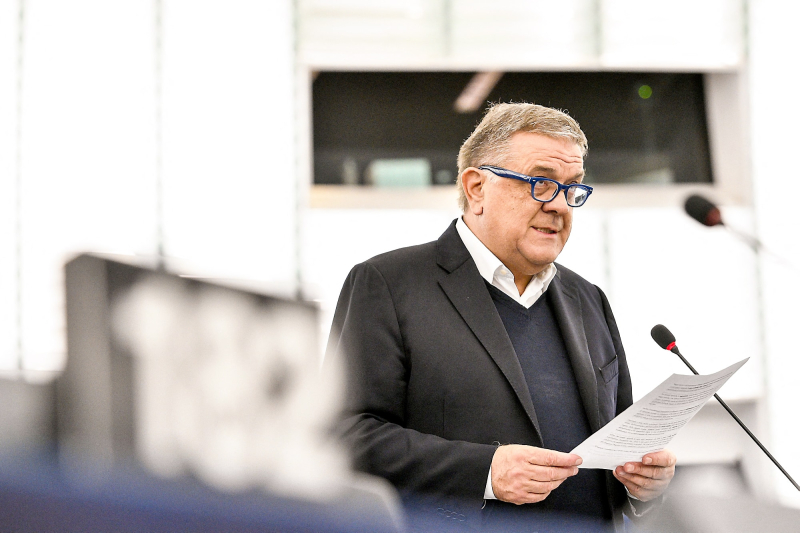 It has long been suspected that there were many brown envelopes involved in Qatar's bid to present the World Cup, a spectacular twist on Tuesday tends to confirm it.

Former Italian MEP Pier Antonio Panzeri, a key suspect currently imprisoned, has agreed to collaborate with Belgian justice and reveal what he knows about this alleged corruption scandal for the benefit of Qatar.

Mr. Panzeri is the central element of Qatargate, a corruption scandal that has rocked the European Parliament since the autumn and which really broke out on December 9 when the searches began.

According to the agreement, the former elected socialist undertakes to inform the investigators about the modus operandi of the fraud, the financial arrangements with third states, the identity of the people “whom he admits to having corrupted” and the possible involvement of people “not yet known in the case”.

In exchange for this cooperation, the ex-MP, who in 2019 became leader of the Brussels-based NGO Fight Impunity, will be sentenced to a “limited” prison sentence.

His lawyer, Laurent Kennes, told AFP that this sentence negotiated with the prosecution would not exceed one year. “A sentence of five years will be pronounced, but with suspension for the part exceeding one year. This means that he will undergo a year in detention, part of which under an electronic bracelet”, affirmed Me Kennes.

This draft agreement must still be validated by the council chamber, jurisdiction control of the instruction in Belgium.

Pier Antonio Panzeri, 67, was arrested in Brussels on December 9, the day of a wave of searches and arrests at the end of which a vice -President of the European Parliament, the elected Greek Socialist Eva Kaili, also found herself behind bars.

The case is major. The four suspects, who have been incarcerated for more than five weeks, have all been charged with membership in a criminal organization, money laundering and corruption.

They are suspected of having collected large sums of cash from Qatar to influence in favor of the emirate political declarations and decision-making within the only elected institution of the EU, in particular on workers' rights .

In this survey, Morocco was also mentioned. According to the press, the Cherifian kingdom used Mr. Panzeri as an entry point to support its interests in the European Parliament. Both Qatar and Morocco have strongly contested these allegations.

Mr. Panzeri is a central figure in the investigation. During the crackdown on December 9, Belgian police discovered 600,000 euros (CA$803,109) in cash at his Brussels home, according to a judicial source.

He will now have to s explain on the origin of these funds and the precise object of the corruption.

A Belgian socialist MEP, Marc Tarabella is fighting not to be part of the list of “corrupt”. On Tuesday, his lawyer, Maxim Töller, again strongly disputed that he could be part of the lot. Justice has requested the lifting of the immunity that protects him.

The home of Mr. Tarabella in the region of Liège had been searched from the 10  December as part of the investigation, but no cash was found.

His lawyer admitted, however, on Sunday that Mr. Tarabella had made a trip to Qatar in 2020 that he failed to declare.