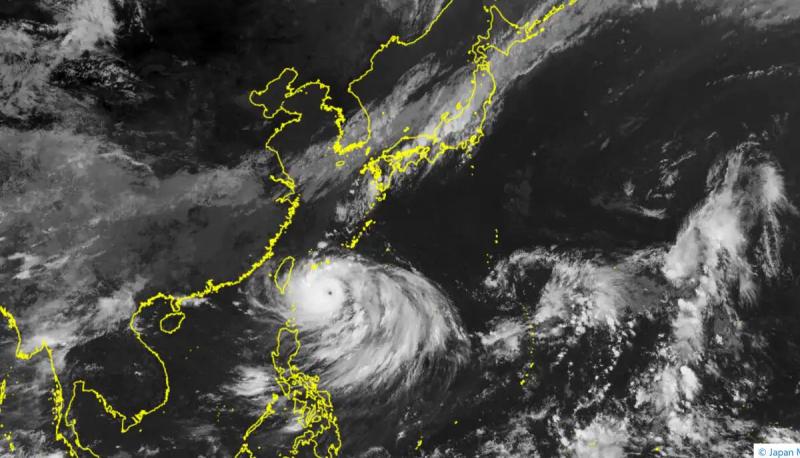 The Japanese meteorological agency warned on Saturday of the “unprecedented” risks of a “very dangerous” typhoon heading towards the island of Kyushu, located in the south of the archipelago.< /strong>

She urged residents to take shelter before the passage of Nanmadol which was blowing on Saturday with gusts reaching 270 km/h.

This typhoon has been classified as a “violent” storm , the highest level of the agency.

It should approach or make landfall on Sunday at the level of Kagoshima prefecture, located south of the island of Kyushu, before heading Tuesday heading north to the main island of the archipelago.

“There are risks of unprecedented storms, high waves, flooding and record rainfall,” Ryuta Kurora, head of the forecast service at the Japan Meteorological Agency, told reporters.

< p>“We must exercise maximum caution,” he said, calling on residents to evacuate quickly because “it's a very dangerous typhoon”.

This would be the first typhoon-related special alert issued outside of the Okinawa area since the system was put in place in 2013.

“The wind will be so strong that some houses may collapse said Kurora, also warning of flooding and landslides.

An evacuation 'order' – level four on a scale of five – has been issued for 330,000 residents of Kagoshima City, and authorities have urged people to seek shelter.

In Japan, evacuation alerts are not mandatory, and during previous extreme weather events, people authorities have sometimes struggled to convince residents to seek shelter as quickly as possible.

Japan is currently in the middle of typhoon season. It is hit by about 20 such storms a year.

Ahead of the storm's arrival, flight cancellations began affecting regional airports, including Kagoshima, Miyazaki and Kumamoto, according to Japan Airlines and All Nippon Airways websites.