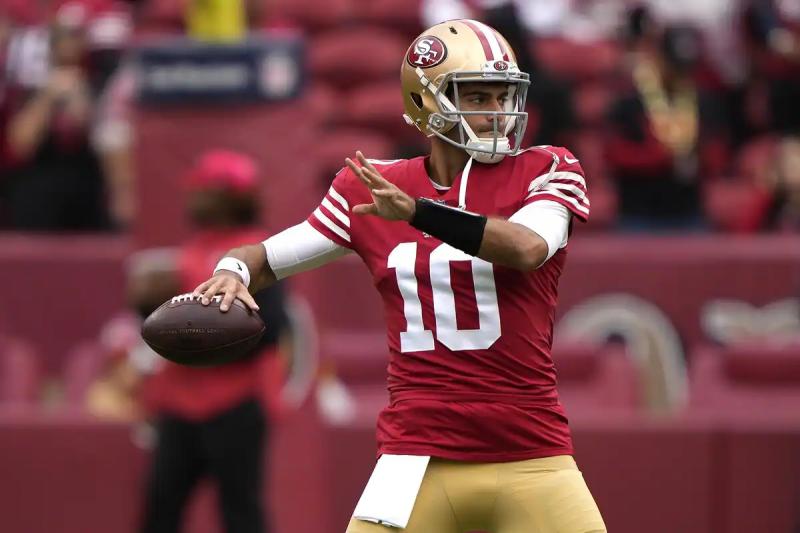 In the aftermath of a game in which quarterback Trey Lance suffered an injury that ruined the rest of his campaign, the San Francisco 49ers can take credit for keeping Jimmy Garoppolo in their fold this year.

In the eyes of many, the best decisions are sometimes the ones you don't make and for the Niners, the choice not to have traded “Jimmy G” during the off-season now allows the Californian organization to avoid disaster.

The insurance policy that the former New England Patriots represents has already paid off, with Garoppolo scoring two touchdowns, including one on the ground, in a 27-7 win over the Seattle Seahawks.&nbsp ;

Lance having fallen on his right leg and now on the floor for a long time, his experienced teammate will guide the attack of his people, whether the fans like it or not.

Some of them still remember the 30-year-old center's problems in crucial games, including the last National Conference final against the Los Angeles Rams when his last pass ended up in the hands of the opponent.

Except the present and the future matter more.

“It's an emotional sport and you have to play with passion. You have to show up here every day and only love football. That's what I'm doing, as is the whole club,” he told the media, also expressing his dismay at Lance's fate.

“It's nice to be back in action, but I feel bad for Trey. I've been through this before and it's hard. Each person has their share of injuries. It's still sad for him. He is our brother and we will support him,” he added to the ESPN network, recalling his torn anterior cruciate ligament suffered in September 2018.

The next few weeks could pay off for Garoppolo, financially and otherwise.

Having negotiated a new deal that increased his base salary from $24 million to $6.5 million last month, the bonuses of the current contract can offer him up to $16 million, on the other hand.

It remains to be seen if he will be able to reap more success. Physically, there is no problem, according to him.

“It was more about preparing the shoulder to launch. Mentally, well, I already knew the pattern of games. Some took a little longer to learn; in attack there are inevitably a few variations to take in, but for most of the match it was okay. Once the shoulder was ready, I was able to do well,” said the man who totaled 154 yards with 13 of 21 completions.

San Francisco will visit the Denver Broncos on Sunday.