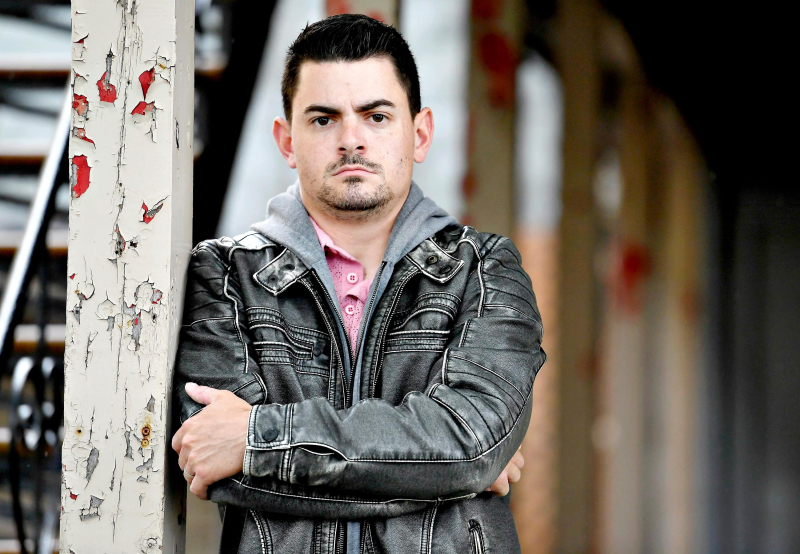 One of the victims of Pastor Claude Guillot is claiming $5.4 million from Baptist institutions and leaders for their “inaction”, their “crass negligence” and their “complicity” in the face of the violence perpetrated for 13 years by the religious in his place.

“Were it not for the highly reprehensible behavior of the defendants, which led to several separate civil faults, the defendant would not be destroyed as he is today,” writes Josh Seanosky, in his suit filed Monday morning at the court. de justice de Québec.

Josh Seanoky is one of the recognized victims of Pastor Claude Guillot, 72, sentenced last Thursday to eight years in prison for having imposed physical and psychological abuse on five young people which he had in his custody.

The young man became a boarder at the age of 8 at the clandestine church-school run by Claude Guillot in his basement in Sainte-Foy. He remained there until he escaped and alerted the police in 2014. He was then 21 years old.

During this period, “Josh was the subject of 'physical assault, psychological abuse, criminal and sexual harassment', reads the 51-page originating motion.

He accuses these organizations of having promoted violence or of having made themselves “accomplices” in the abuses committed by Claude Guillot by not denouncing him to the police authorities, whereas that they knew or should have known of this violence.

He also claims $ 100,000 personally from the American Garry Ezzo, who would have propagated from the 1980s in the United States a “drift of violence against children” and who would have associated with the senior management of Canadian and Quebec Baptist associations. .

As early as the late 1980s, Ezzo reportedly shared his teachings through lectures promoting a mode of violence against children among Baptist followers in Quebec. Books as well as wooden sticks and leather thongs could be distributed.

These “violent principles” enunciated by Garry Ezzo would have been preached at the La Bonne Semence Baptist church-school, in Victoriaville, which Claude Guillot directed from 1982 to 1984. Guillot was fired from this school “because of the disproportionate abuse to which he subjected the children. No one contacted the police following these events.

Josh Seanosky denounces the culture of violence, silence and complicity surrounding this decision, especially since Claude Guillot was then welcomed into the Church Chauveau, in Quebec, where he rose through the ranks.

In 1999, the Quebec-East Baptist Church – a “daughter” church of Chauveau – reportedly set up a clandestine school in Claude Guillot’s basement that advocated “violence against children with a blunt object”.

This is where Josh Seanosky was “subjected to deviant abuse.”

And again, no one reported the pastor to the proper authorities.

“[L'Église Québec-Est] has not only never denounced the abuse of which Josh has been the victim, but several of its members have also participated directly and actively in the numerous acts of violence against children”, he complains.

He is also claiming a total of $300,000 from three “accomplices” and administrators of the Quebec East Baptist Church, namely his father, Réal Seanosky, the daughter and “right arm” of the pastor, Isabelle Guillot, as well as Daniel Jacques, who also did not denounce the abuses perpetrated by Guillot.

Josh Seanosky says he now suffers from complex post-traumatic shock and a personality disorder. Among other things, he is unable to carry out daily activities, feels constantly exhausted and is intolerant of all forms of stress.

Note that this lawsuit comes after Josh Seanosky retired in July last, of the collective action initiated against his aggressor and Baptist organizations. The latter is taking its course.

“Guillot made Josh an isolated person, severely limited in his ability to develop his identity, his autonomy, his personality and without a defense system, in short at his total mercy.”

“This drift has made this environment a dangerous place for children where an aggressor was protected by the institutions of this environment to the detriment of children, vulnerable beings, including the applicant, who owed and deserved to be protected.”

“The abuses suffered by Josh were done in full view, with the knowledge and with the approval of the members of [l'Église Québec-Est], of which Guillot was the senior pastor and chairman of the board.”

< p>“This culture of silence favors the protection of abusers as well as the tion and the continuation of their abuses.”

“The plaintiff was the victim of a system whose many actors failed miserably in their primary mission, which was not only to ensure the protection of the child, but also to guarantee respect for their fundamental rights.”